There are fairies at the bottom of our golf course

Well, if the truth be told ( Really ? Well alright then), more at the top than the bottom. And not exactly on the golf course. And of course they're not really fairies- more sort of elfy pixie things. Certainly the ones I've seen anyway. 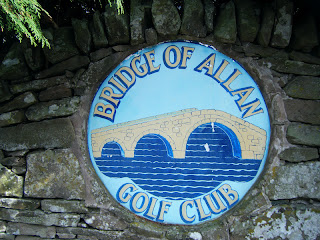 When I say “top of the golf course” I allude to the fact that Bridge of Allan Golf Course is uniquely registered with both the Scottish Golf Union and the Mountaineering Council of Scotland. 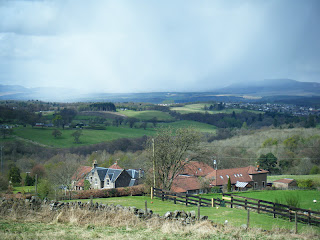 I resisted the temptation to attempt the diretissima straight up what used to be the first fairway, and strolled round the road past Sunnylaw farm and approached through the fields 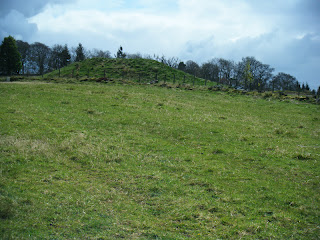 And here we have – The Fairy Knowe. OK, it's not exactly Stonehenge but it is an Ancient Monument (I'll do the jokes,thank you, Danny !). It used to be much bigger than it is today. Like, I suppose Christmas selection boxes and knickers. 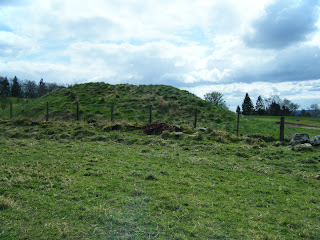 When it was excavated in the 19th century, a burial cist was found inside with traces of pottery, clothing and human remains. Extensive tests revealed that this dated from the “Very Long Ago” period. 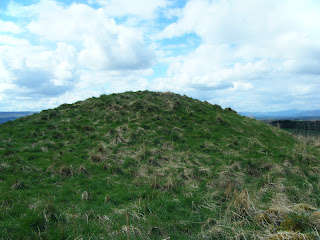 The fairies who lived here were apparently wont to rush out and grab any passing local drunkard and hold him inside the knowe for a year and a day, a business model later copied by The Priory. 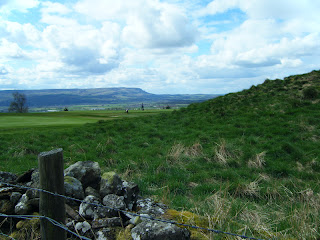 Anti-photography at it's best ! The Fairy Knowe is almost out of shot (little technical term there), but we have a rather good view of Carleatheran. In outdoor light, that little screen thing at the back of the camera appears completely blank to me so I just point in the general direction and press the button.Or fumble trying to find the button because I am holding the camera upside down. 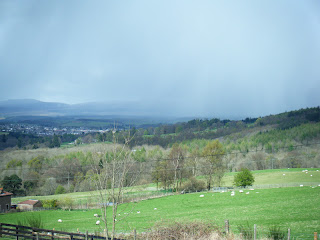 At this point some weather could be seen approaching from the North, and it began to sleet but I wanted to check on something else while in this neck of the woods. In fact, this proved surprisingly rewarding, and will form the basis of another post when I complete some bits and pieces. Bet you can hardly wait, eh ? 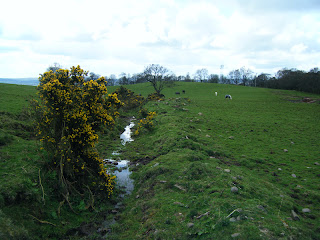