Last night I had a nightmare that I had turned into a chef. This is worrying , worrying indeed.
Its worse than the usual beetle ones, and worse even than the time I dreamed that I was an amoeba like organism living in a cess-pit on a typhus ridden planet which inhabited a universe existing inside a speck of dandruff on the collar of Jeremy Clarksons blazer.
(We worked out that that one had been the result of The Lady of the House accidentally putting mescaline in my Horlicks.)


As a result of this nocturnal trauma, I almost cancelled today's excursion. However, I'm made of sterner stuff.
In fact my stuff is almost Reithian in its sternness,


So off I went up Campsie Glen and onto the escarpment. I wasn't firing on them all today -did not get as far as I intended.Pics were poor, weather pretty good for the time of year. But all in all, a "one step back" after the weekend's "two steps forward"

Posted by Oldmortality at 20:26 No comments:

Ain't the Internet wonderful ? I certainly think so. I had been aware of Munros and Corbetts, but now I learn that there are Grahams, Donalds, Marilyns, Birketts, Hewitts, Wainwrights, Greggs, Macglashans, Ponsonby-Smythes etc. And HuMPS. In the course of my research into the latter, i discovered the existence of something called The Knock at Crieff, not a million miles from the cardboard box I call home.

I immediately set off, accompanied only by my faithful amanuensis Buspasspartout, for the douce burgh of Crieff.

Within 45 minutes of disembarking from Mr. Morrison's gleaming charabanc in the square I had reached the rather striking indicator. 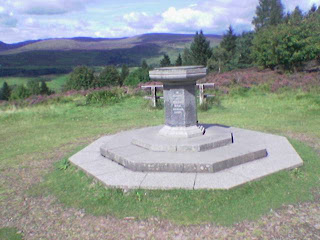 ﻿
A study of the map, however, revealed that this particular HuMP is of the "recumbent Jordan" configuration, and that the true summit lay elsewhere. A brief descent into the cleavage and a slippery climb up through some forestry brought me to this 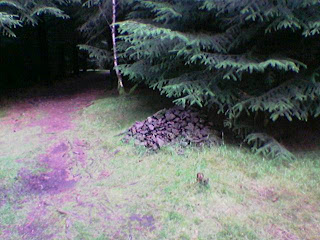 - one of the few summits in central Scotland from which people can not pretend to have seen the Forth Bridge, Arran, Big Ben, the Troll Wall etc !
And in the great showbiz tradition of "leave them with a song"
Posted by Oldmortality at 20:37 No comments:

Yesterday I managed up Ben Ever.

In that time, most of you would have been up Ben Ever, over Ben Cleuch and AGH, and sitting supping a pint in the Wheatsheaf.

Do I give a flying one about that ?
Nope.

Gorgeous day. First time over 2000ft under my own steam in more that 20 years. Nobody had a better day on the hills than me.
Posted by Oldmortality at 12:16 No comments:

Here's some I prepared earlier .... 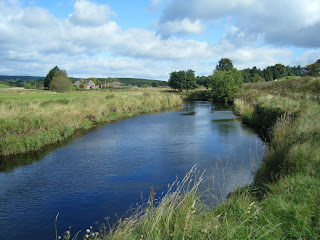 Perhaps some more background ? I did quite a lot of outdoor activities in my early teens before being seduced by the holy trinity of sixties youth .I had another flurry of activity in my mid/late thirties when I got quite fit and did a lot of stuff in the Southern Uplands and quite a few Munros and multi-day walking. This slowly degenerated into a life of largely sedentary debauchery culminating in the inevitable diabetes and complications. Earlier this year I began to lose weight and get some more exercise. Regaining any sort of fitness level has been frustratingly difficult. As I plod about at low level, I sometimes imagine the clouds parting and an accusatory divine digit appearing accompanied by the thunderous admonition "Serves ye right, ya fat b******. (are we allowed to swear on these blog thingies ?)

However, here are some foties from the work in progress - hopefully greater things to come ! 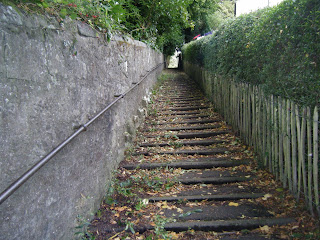 Started off walking the streets and roads near the house, but always tried to incorporate something like this for the old cardio vascular.
﻿ 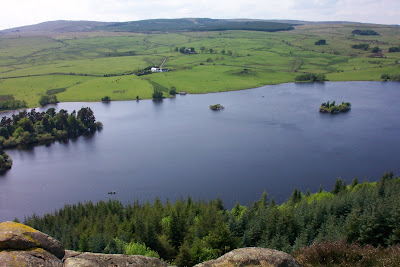 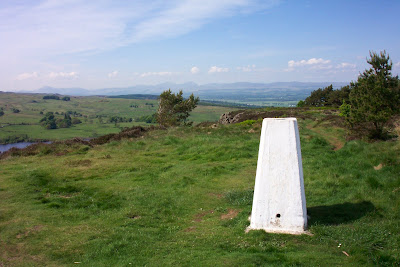 ﻿
Lewis Hill was a bit of a milestone - first trig point in about 25 years and enticing views﻿ to the big stuff ! 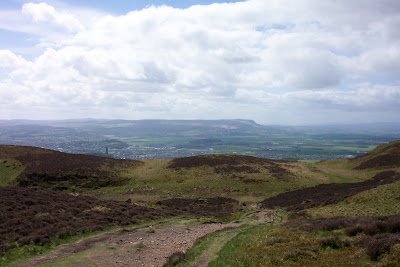 ﻿
I must have been up Dumyat dozens of times, but, on a bad day last year, I said to The Lady of The House that it it was now way beyond my capabilities. However, done it twice this summer ! Ok, its only a tiddler, and I went up the easy way, but gies a brek﻿, eh. 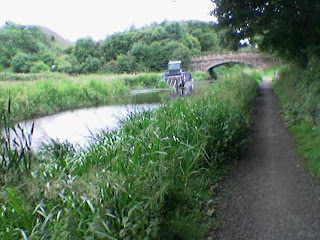 In a foolish attempt to build up some stamina, I walked about 12 miles along the Union Canal (well, the towpath actually) from Winchburgh to Polmont. This route is apparently popular with LEJOG bloggers, and I thought that I might absorb some of their aura. In fact, I stripped several layers of skin off my right heel and was out of the game for about 3 weeks !
So hopefully that sets the scene for the ensuing adventure laden posts. Take care out there.﻿
Posted by Oldmortality at 13:58 No comments:


Well here we go - into the mystic

Hello, good evening and welcome to the first post on my first blog. Lets try a fotie 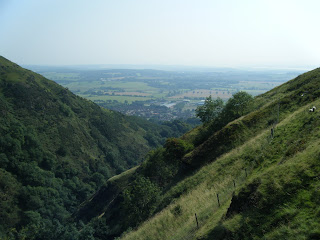 Whee - result !
Ok the video didn't work, but thats just deferred success, eh?
Right , don't want to overdo it on the first post. Can't quite believe this is going to work.
Look out for further posts where I will tell you about my walks to the shops etc., and, if you're really good , I might tell you some wee stories about my life, like how I was within 3 seconds of becoming a Rolling Stone and other trivia.﻿
Posted by Oldmortality at 22:04 3 comments: