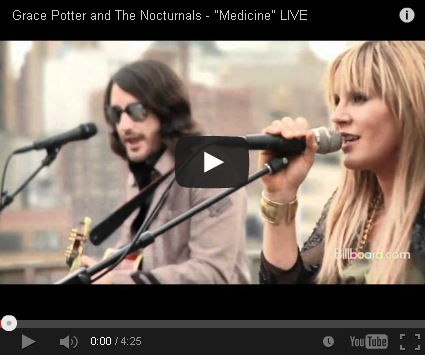 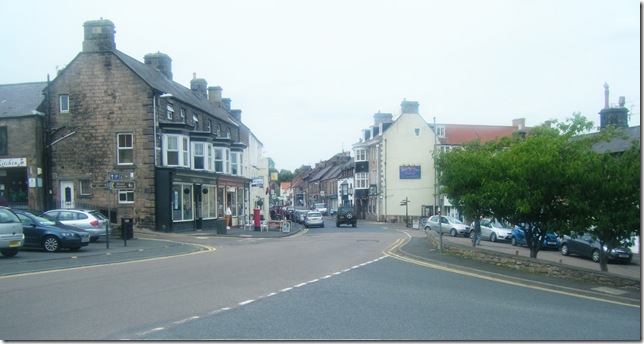 You may be wondering what I was doing in Wooler yesterday . Unfortunately,were I to tell you,I would have to seek asylum in the Venezuelan embassy. Suffice it to say that it involved one of these babies. 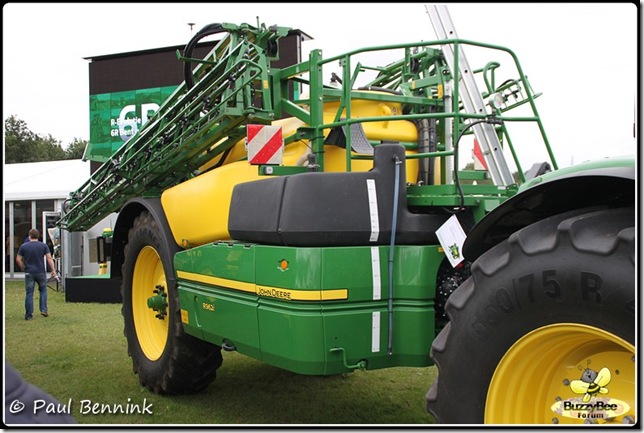 The John Deere R962i is a missile launc crop sprayer which will not only slobber Amistar over your barley, but can “capture, store, analyse and share data over a variety of platforms” Bit like a Scotrail station announcer, really. 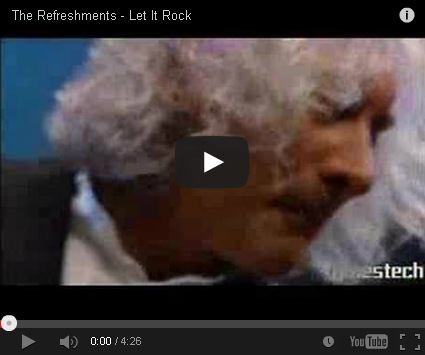 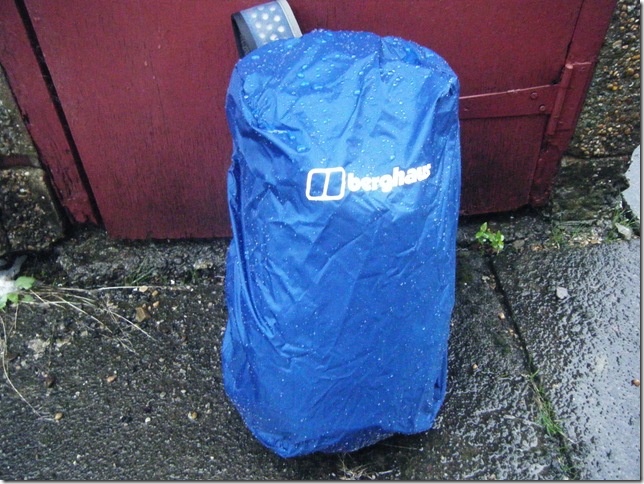 I wanted to see how it performed in the rain. This is known in the trade as the “Fred Astaire test”

Now this has been a terrible summer – all heat waves, sunshine and dry spells. An absolute friggin nightmare for we pro gear-testers .However,we have had some short sharp showers recently and I exposed the little fellow to one as an experiment.I have to say that it came through with flying colours with and without the raincover. Now this does not equate to 7 hours driving rain on Rannoch Moor, but that is not the intended environment for this product. As long as it keeps your ciabatta and iPad dry.

There you go – can’t say fairer then that. Not something I can see a use for in my life, but if this is what you’re looking for – you’ve found it ! 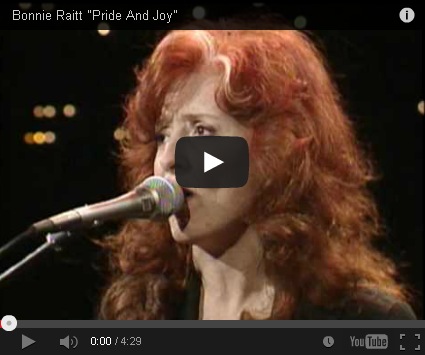 You never forget your first (or last) redhead !

Today, for reasons not unconnected with my birthday, was spent at the seaside with some “young people” 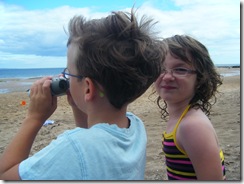 During the course of the day, I completely failed to instil in them their grandfather’s spirit of humourless cynical misanthropy. 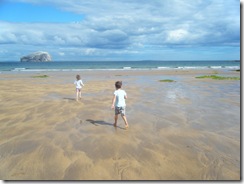 Finding a hollow in the dunes, they cunningly tricked me into lying down and despite my vigorous efforts to escape, completely buried me in sand apart from my head. This is apparently what passes for “fun” when you are six.

A little of such frivolity goes a long way, and it was a great relief to return to the dark morbid world from which I emerge only to communicate with you, dear reader 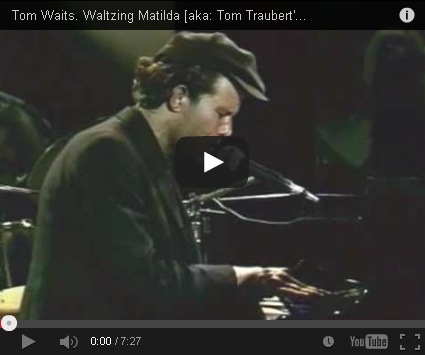 This week I have mostly been reading 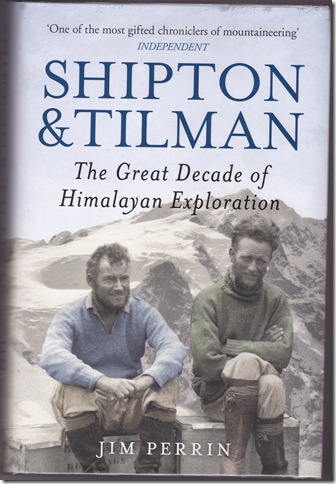 Shipton and Tilman by Jim Perrin

There are several biographies of both these giants of the tweed jacket and tricounis era of mountaineering, but Mr.Perrin here concentrates on their relationship, and particularly it's expression during the 1930s when they did so much, together and with others, to explore ( a word which had real meaning in those days) the high regions of the Himalaya.

The sub-plot is the development of the (relatively) lightweight fast-moving expedition, living off the land.

This is a good book, a serious book, almost a scholarly book, in fact.

But if your recent reading has been the latest Jackie Collins , you will have to devote a few pages to acclimatisation.The syntax is precise and measured, the frequent fascinating footnotes slow the readers' progress, but, for me, this is merely deferred gratification.

This is not a one night stand of a book. Nor is it a cosy pipe and slippers, finish-each-others-sentences book. Rather it is an intense passionate, but ultimately doomed affair of a book.

These were no working class heroes – no Joe Browns or Don Whillans.They were of their time. Their ability to endure hardships honed by cold baths and cross country runs experienced during their developing years at minor public schools.They inhabited the world of Kenya’s Happy Valley, of the Planters Club, of dinners at Browns and randy widows (Shipton only – Tilman was of more monastic bent !)

The whole book reeks of understatement and English reserve

Perrin comments thus -“It is a wholly characteristic Tilman comment, that familiar operative principle of reductive irony used to check the expression of emotions for which words would inevitably seem insufficient, refuge taken in an odd and satirical version of litotes therefore.”

Incidentally, Tillman's book about this expedition is reputedly the inspiration for “The Ascent of Rum Doodle”

This is not a masterpiece. As Perrin points out, it has been a much loved and much worked-on project. Perhaps it suffers from that. And from the fact that, at the end of the period in question (1939), both protagonists had long and eventful lives still ahead of them – briefly alluded to in an essentially unsatisfactory and anticlimactic epilogue

I was interested to read on the dust jacket that Mr Perrin is currently working on a book about George Borrow. My much read copy of Wild Wales is inscribed “Capel Curig  1958” 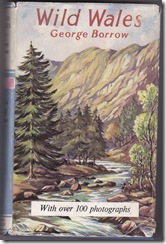 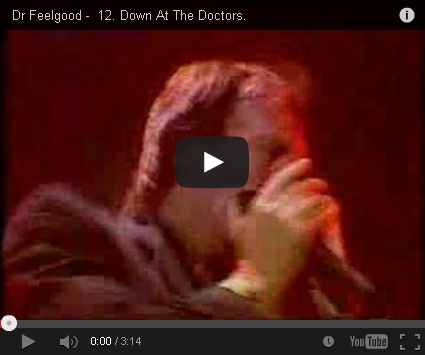 Beware of thoughts that linger 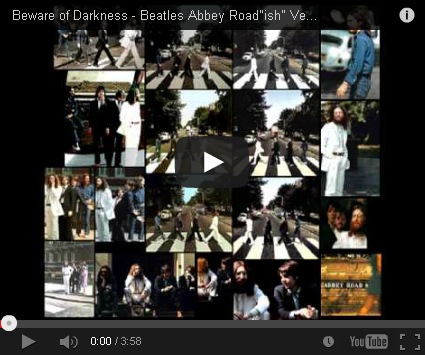 Posted by Oldmortality at 22:04 No comments: