The public have spoken. 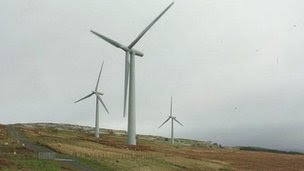 Councils have received thousands of objections to wind farms

The Scottish government says a new poll shows the public is in favour of wind power, despite the Conservative Party citing thousands of objections as evidence of widespread opposition.

The YouGov poll suggests that a majority of supporters of every party - including Tories - support wind power.

But anti-wind farm campaigners arranged a protest at the SNP conference.

More than 44,000 objections to wind farm applications in the past five years showed public alarm, they said.

The Conservative Party said that figures obtained from 23 of 32 Scottish local authorities showed that about 34,000 objections were submitted to councils.

This ranged from an estimated 9,421 in Aberdeenshire, to two objections in East Dunbartonshire.

Six other councils have received more than 1,000 objections, ranging from 3,333 in Argyll and Bute to 1,342 in South Ayrshire.

Around two-fifths of the 44,000 total were received in 2012, the Conservatives claim.

Even Tory supporters are in favour of wind power. Clearly, it is time for the Tory politicians to listen to their supporters”

Conservative MSP Murdo Fraser, convener of the Scottish Parliament's energy committee, said: "The tens of thousands of objections right across the country show the sheer level of public alarm at the SNP's wind farm obsession.

"And, what's worse, all too often these concerns are completely ignored by an SNP government intent on fulfilling their own ludicrous renewable energy goals, whatever the cost.

"People aren't just concerned about wind farms ruining their landscape and quality of life, they don't want Scotland's electricity supply dependent on a source that is unreliable and intermittent."

Mr Fraser complained that the Scottish government's SNP administration was disrespecting local views when overturning decisions against wind farms made at council level.

However, Environment Minister Paul Wheelhouse highlighted the poll suggesting that 77% of SNP supporters, 76% of Liberal Democrat supporters, 68% of Labour supporters and 55% of Conservative supporters "support the continuing development of wind power as part of a mix of renewable and conventional forms of electricity generation".

The MSP said that a majority of the supporters of each party were also in favour of wind farm developments even when they were in their own area.

When asked if they would be for or against the development of large-scale wind energy projects being built in their council area, 77% of SNP supporters, 71% of Liberal Democrat supporters, 64% of Labour supporters and 53% of Conservative supporters said they were in favour.

Mr Wheelhouse pointed out that the poll coincided with thousands of people around Scotland taking part in events on Saturday evening in support of WWF's Earth Hour.

"Given that, this year, WWF have chosen the focus of Earth Hour to be renewable energy, I am delighted that new You Gov polling shows cross-party support for wind energy," he said.

"Even Tory supporters are in favour of wind power. Clearly, it is time for the Tory politicians to listen to their supporters." 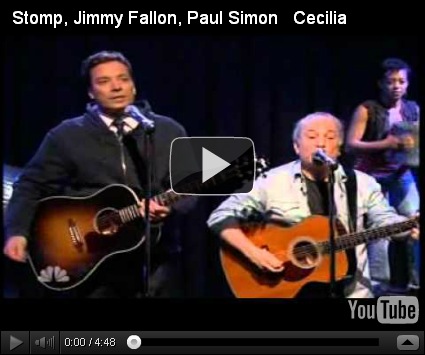 Posted by Oldmortality at 21:17 No comments:

Before Wakeman joined and they disappeared completely up their collective fundament.
Pete Banks died this week 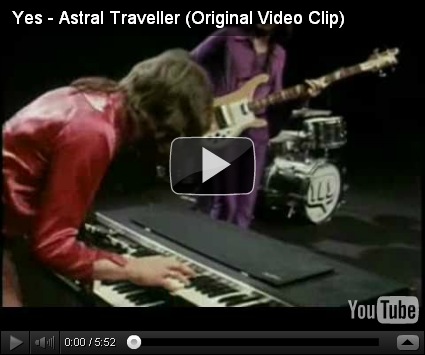 Edit. Just added this. Because I can. From when the world seemed a hopeful place 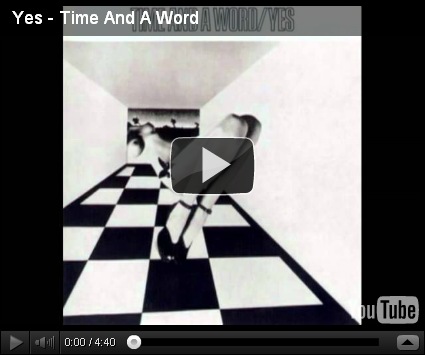 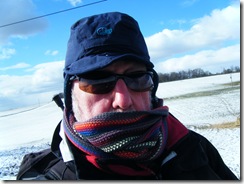 It certainly was on the Perthshire hills yesterday.

With a wind that could cut sheet steel, I was nice and toasty (I believe this is the current mot just) in my stylish top gear. Apart of course from my positively Rudolphian proboscis. I  must start reading the gear blogs to see if PHD or someone does a down/cuben schnozz warmer.

It was so cold that I was disinclined to remove my dachsteins to facilitate the customary painting with light. So you will just have to take on trust my claim of 7.5miles and 700ft.

Would I lie to you ? 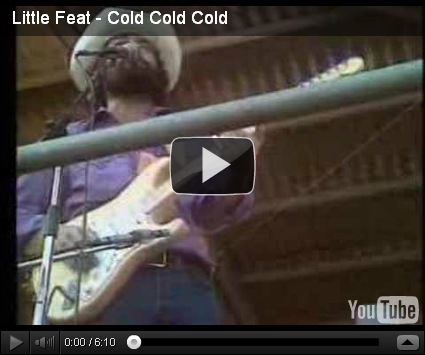 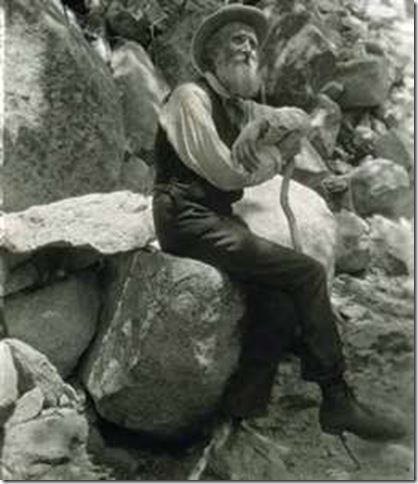 The previous post  would appear to have caused widespread disquiet among the lieges, expressed through the  now traditional medium of total indifference.

Apparently I am perceived to have been less than respectful to the great man, and in particular to have demonstrated no great enthusiasm for the Way which bears his name.

Nothing could be further from the truth. Except for a press statement from Nick Clegg.

So, to set the record straight – John, if you’re listening……… 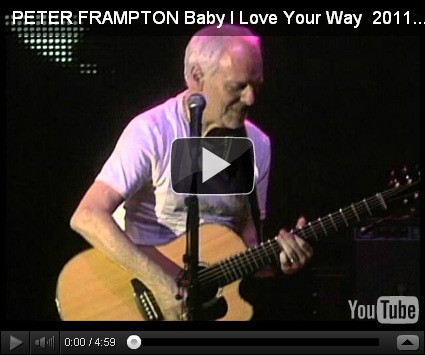 And furthermore, I would go so far as to recommend that everyone should…….. 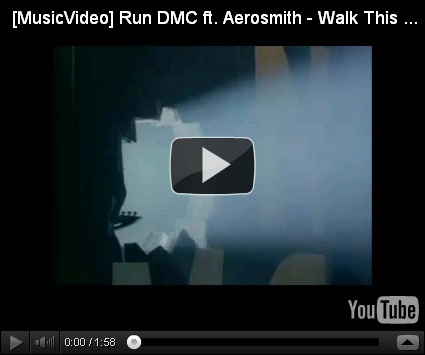 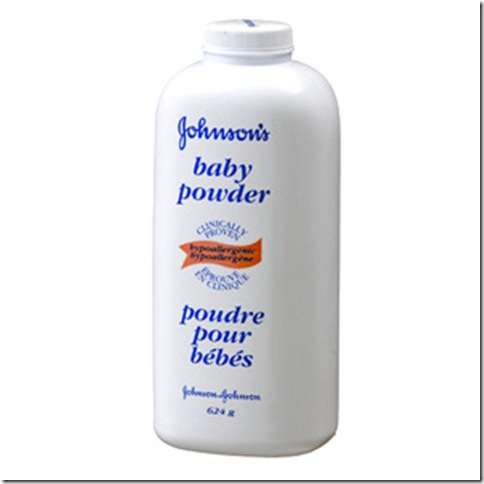 I’ve mentioned before how fond I am of East Lothian. I love the Big Skies, the red-tiled houses, and the devil worshipping. Today it was to be North Berwick to Aberlady on The John Muir Way. 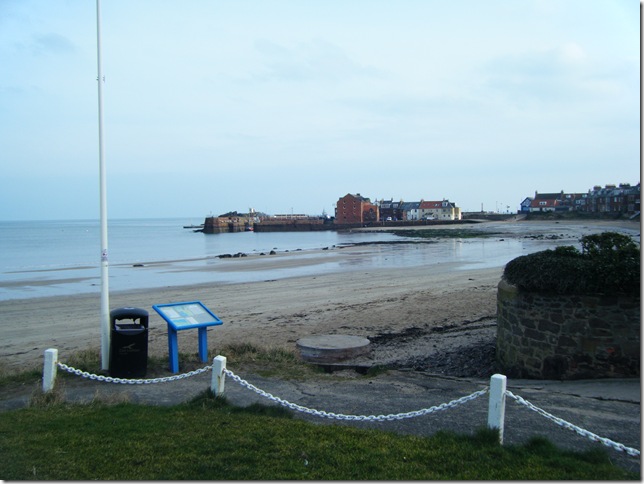 North Berwick was a holiday destination for East Central Scotland families before Spain and Florida were invented. I well remember the open-air, sea-water swimming pool – “character forming”, in the testicle shrinking sense of the phrase.  John Muir, I think, made his money from some kind of theme park near Dunbar and from charging people to “watch” their cars while they climb Schiehallion. He then went to America and lectured them on The Environment – sort of like Donald Trump in reverse (Note to self- check this bit with Wiki before publication). He never actually walked this Way, and so did not need the talcum powder.Readers without a grounding in Marxism will be completely lost at this point.

As I was, leaving North Berwick via some golf courses and some really enormous fancy hooses. However the Way is extremely well waymarked, which is just as well as some of the route is a bit counter intuitive. It was a typical North Sea coast day, bit of a haar, snell breeze, and a watery sun trying hard to break through. 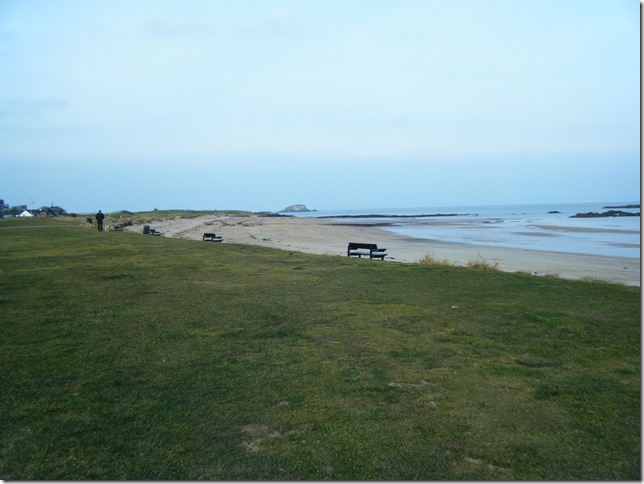 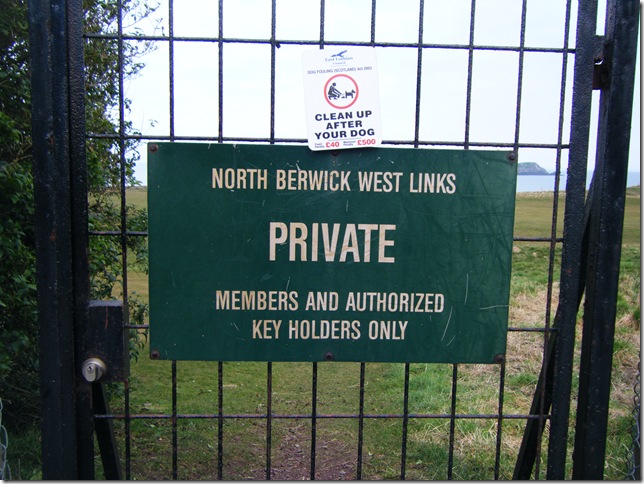 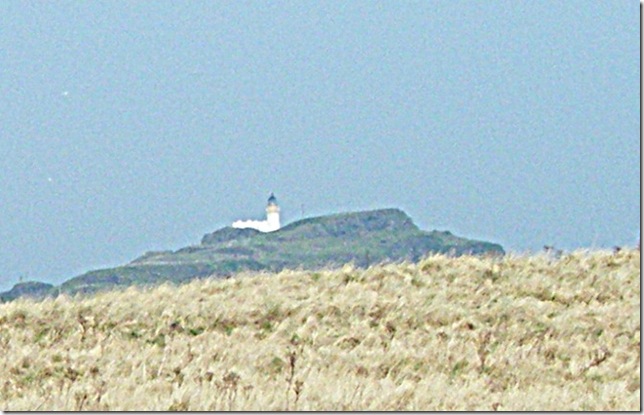 From Yellowcraig, you could only just make out the lighthouse on Fidra.

Yellowcraig is a special place.40 years ago, the future Mrs. O.M and I sat on the grass and shared lunch and a smoke with the countryside ranger.Now in those days, rangers were not fresh faced young girls with degrees in environmental studies and £2,000 bicycles.They were retired or redundant countrymen – herds, keepers and foresters. This guy was a Willie Nelson lookalike with a thousand mile stare. As we talked, he whittled a stick with one of these old black army knives with the marlin spike.As we left he handed the stick to her with the simple words “Fertility Symbol”

And 10/12 years later we used to bring them all here on Sundays for picnics and games. 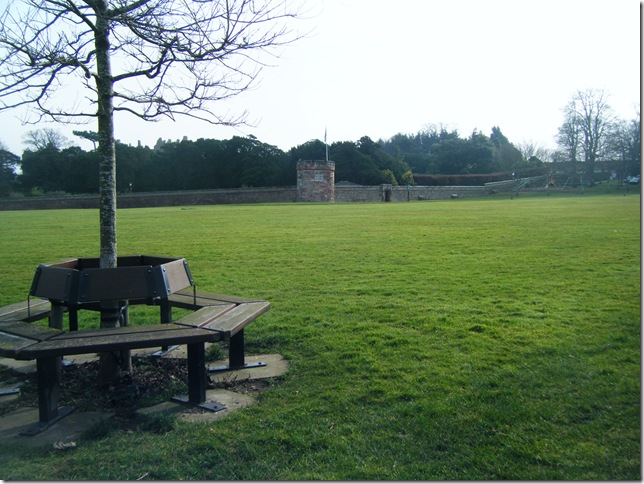 The village green at Dirleton 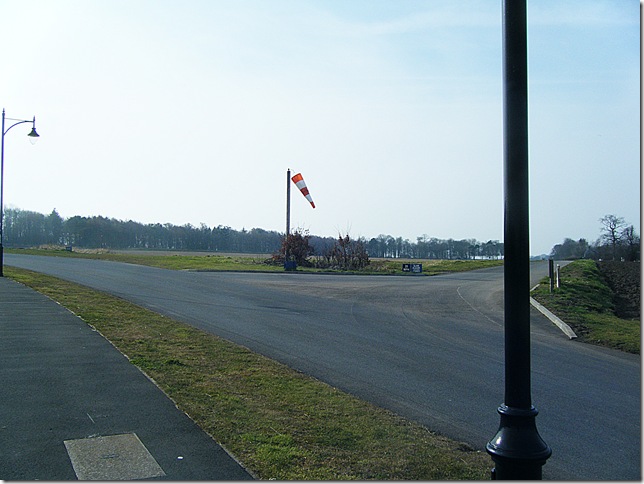 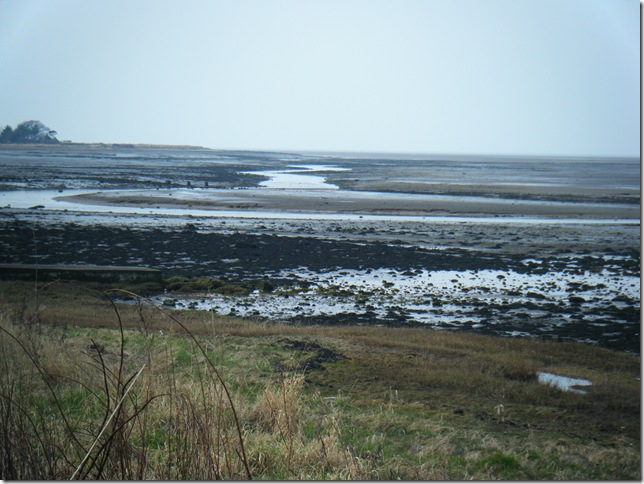 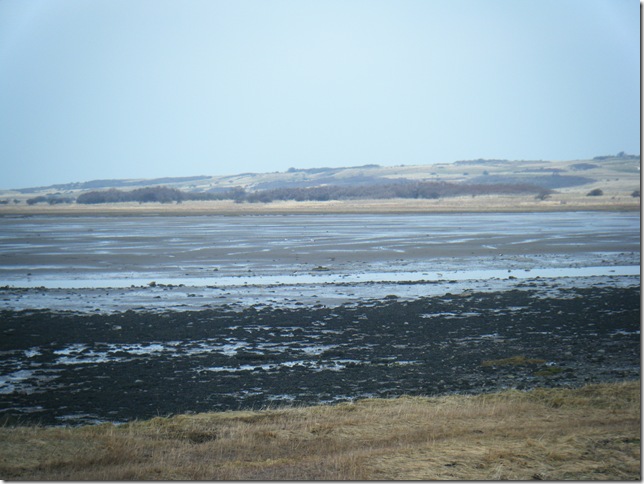 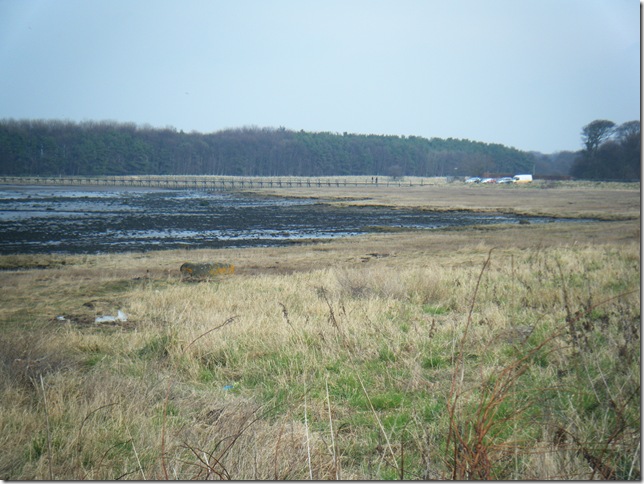 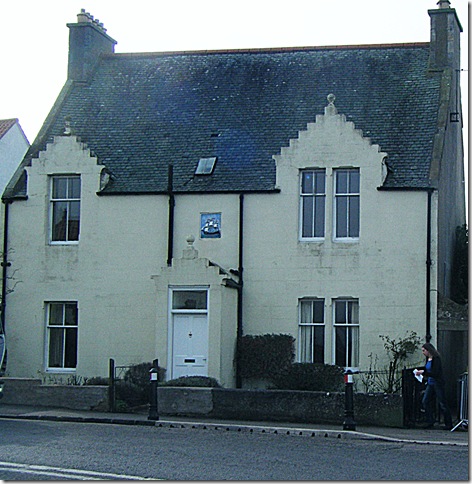 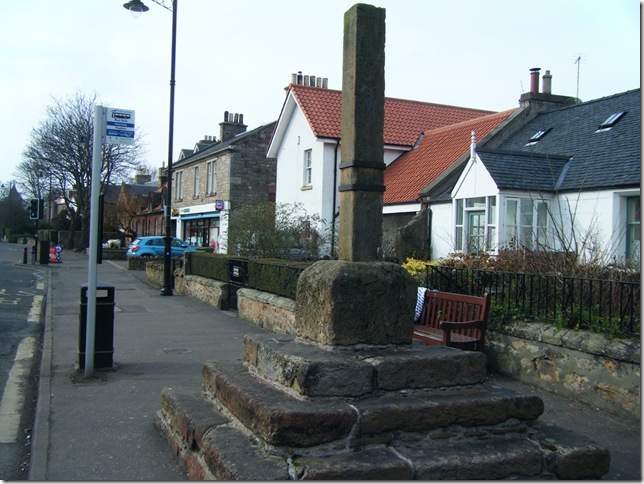 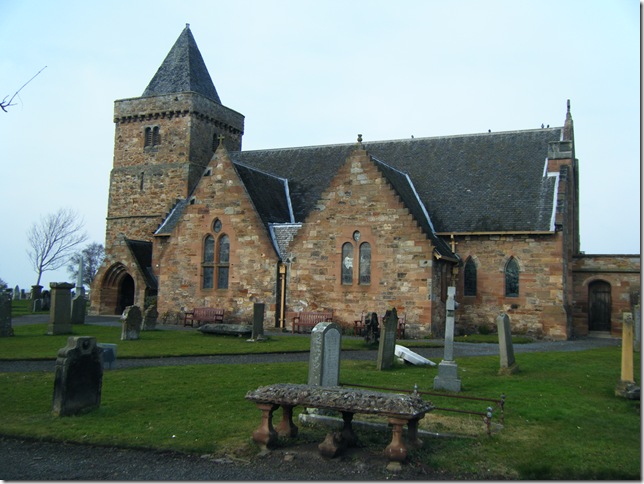 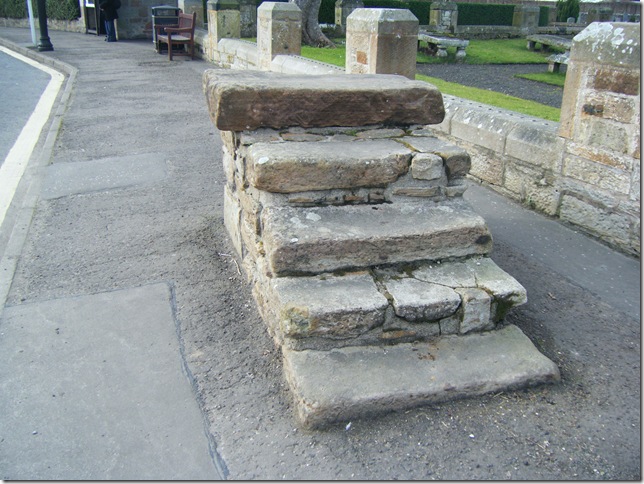 So, what’s the verdict ?

It’s well waymarked and well maintained, but , for me, there was a bit too much tarmac and road-walking. Certainly when compared with the previous section I did from East Linton to North Berwick.And it seems to lack coherence – it’s not an old pack road or drove road or anything.

So, what passed for music 40 years ago ? 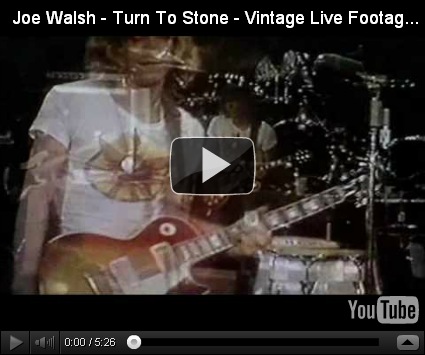 Posted by Oldmortality at 20:31 No comments:

I have noticed that all the proper blogs feature a photograph of the blogiste. I can do better than that. A music video clip, no less.

Now before you get too exited……

I’m in the audience, not in the band.

You have to be very quick, as I am “on camera”, as we professionals say, for less than a second.

And it was made over 40 years ago, when I had more hair. 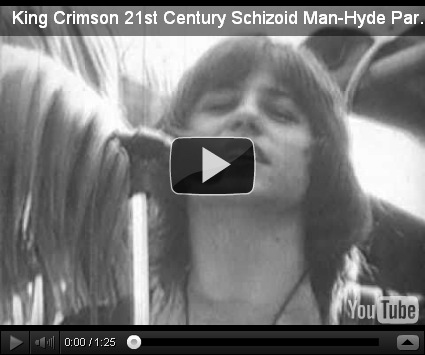