Much the same as last year, really.. 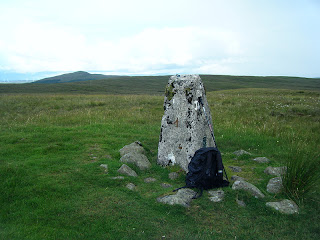 In January I shared with you my hopes and expectations, walking-wise, for 2011. I seem to recall that there was some loose talk of  Donalds and Projects. 'Tis now time for a performance evaluation. 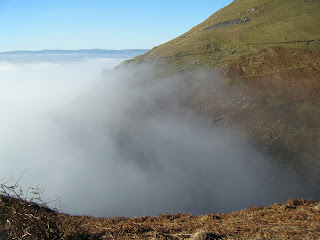 On a lovely crisp January day I set off up Tilly Glen. I got 3/4 of the way up and was dead chuffed.
A couple of weeks later I tried to push the route out further, but was frustrated early doors by what proved to be a really nasty chest infection. Attempt the third, took me right up to the watershed. Excellent. In late September I completed the entire route (Erse for elbae of course) from Blackford through to Tillicoultry. Unfortunately I suffered a wee TIA roughly half way through, which involved sitting on the edge of a peat hag for nearly three hours holding my phone and wondering if I could face the embarrassment of calling the MRT. I did however complete under my own steam, albeit taking 12 hours for 10 miles. 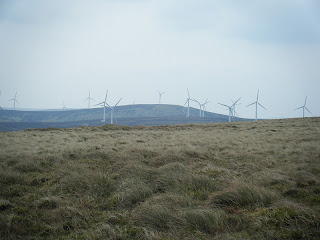 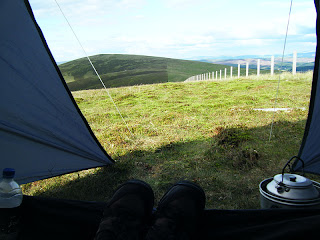 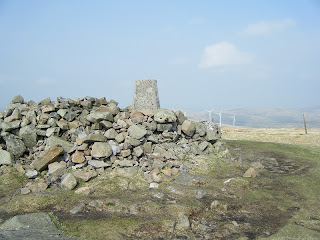 In between the first and last visit to Tilly Glen I had some great days in the Ochils and the Moorfoots, but undoubtedly the highlight was a wee jaunt, complete with overnight camp, in midsummer in the Lowthers 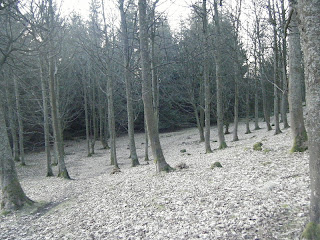 For the record,I have Type 2 diabetes. It can't be cured - it can be slowed down by diet exercise and medication. There are lots of effects (google if interested) but my main problems at the moment are my feet and my eyes ( apart of course from my heart, my liver and my kidneys. And my fingers. And my bronchi
and a constantly running nose, and...)

I was put off the road twice for periods of several weeks with bad blisters. Now blisters can lead to infection and infection can lead to the Big G and before you know it you're auditioning in front of Peter Cook for the role  of Tarzan.
The Vision Thing is distressing. By somewhat devious means I have hung onto my driving licence, although I would only now consider driving in an extreme emergency. If the current rate of deterioration is maintained, I will be functionally blind sometime next summer. This, I think, is a Bad Thing.
.So there, as they say, you have it. 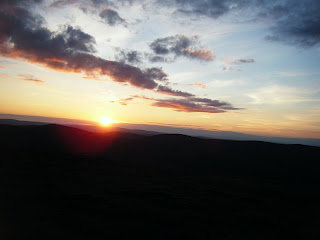 To all our readers...


some alternatives to Noddy and co

Today, a young man on acid realised that all matter is merely energy condensed to a slow vibration, that we are all one consciousness experiencing itself subjectively, there's no such thing as death, life is only a dream, and we're the imagination of ourselves. Here's Tom with the weather."

(courtesy of The Daily Mash)

This was always going to happen

As with all "National Parties " throughout history, once the populist and undeliverable policies have conned the electorate, democracy and accountability are thrown out the window in pursuit of The Leader's Master Plan.

This has nothing to do with bringing electric light to the poor benighted folk of Denny. (there will be time enough for that later after they get inside toilets.)
It's all about the Mad One's plan to generate so much 'leccy from wind power in Scotland that we will be able to export it to England and other Third World countries.
Tankers will leave Scotland's shores brimming over with surplas voltage to power the impotent microwaves which are just waiting to feed the starving Somalis.
Nobel Prize ? Well, Thanks.That'll do nicely.  Richly deserved if you ask me.

What a feckin radge !

You're darned tootin' I am.

Enough to drive a good man to drink.
Posted by Oldmortality at 17:53 4 comments: 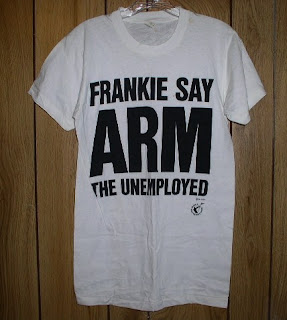 We're coming to get you.
Posted by Oldmortality at 20:19 5 comments:

Just the thing to get the feet tapping and the shoulders swinging on a miserable, wet day !


The only time I experienced it in the flesh, so to speak, was the night of my eldest daughters graduation, when the Mortality Family laid waste the picturesque little fishing village of Middlesbrough.
After visiting several hostelries which all seemed to have a signed Bernie Slaven top behind the bar, we moved into a totally different ambience.
Mrs.OM was the centre of attraction for a circle of fey young men, apparently drawn to her "Marianne Faithfull's dissolute older sister" look. The daughter's boyfriend and my son kept together, backs to the bar, trying to look agressively heterosexual, without realising that this was making them even more attractive to the regulars. I was at the bar talking to a guy of roughly my generation  who, despite his age and the leathers, seemed to have little knowledge of 1950's single-cylinder overhead-valve British motorcycles.
The girls danced til they dropped.
We finished up in a cafe somewhere off Ayresome Road with Breakfast Pies - all the makings of a full English amusingly encased in a pie shell.


That was then and this is now.
The rain is lashing down again and the roof is leaking. I know exactly what to do to fix it, but it's not the sort of job you would attempt sober.
Posted by Oldmortality at 17:58 No comments: