Today, on the other hand..

I walked into town and back. About six miles - no significant height gain.


Not exactly Knipean, I know, but better than a poke in the eye with a sharp stick.


yeracttual over on Poles Apart has done a bit of an obit for Earl Scruggs, banjoiste extraordinaire, and mentioned meeting Doc Watson. This reminded me of the inordinate amount of time I wasted trying to master his version of Windy and Warm. So deceptively simple on first hearing !

and for those of you who haven't smashed your guitar yet.....

I cut the grass.


Posted by Oldmortality at 16:34 No comments:

﻿
Are you sitting comfortably ?
(Well not you AlanR and BG, obviously)
Then I'll begin.
Our story begins 4000 million years ago. A Thursday afternoon, as I recall. Having created the Ochils, God decided to leave a wee surprise for the good folks of Clackmannanshire, and scattered some random deposits of minerals and precious metals along the south facing escarpment. Kind of like silver threepennies in a clootie dumpling. Soon the locals were at it like rabbits – burrowing that is – and were pulling out commercial quantities of gold, silver , cobalt, kryptonite and copper..Most of the silver was found in the Alva area, but the biggest copper seam was right at the Western edge of the Ochils above Bridge of Allan. 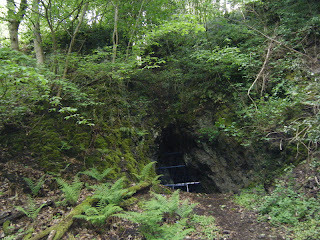 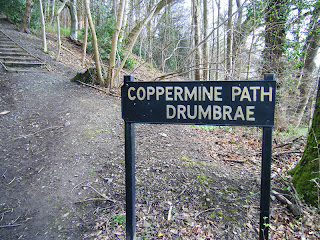 The Airthrey Hill mine was first used in the 17th century and provided copper for the Scottish currencyof the time – the bawbee.Therewas never a smelter on site, and the ore was packed into barrels and sent to Stirling or downriver to Edinburgh. Over the following two centuries the seam was worked intermittently depending on the market price of copper and developments in mining techniques.At various times vertical shafts were sunk near the original adit and there remains a network of shafts and tunnels under the hill.A major development was the driving of a drainage level out to the bottom of the hill, where it drained into what was then a swamp but is now the village main street ( and was until the 1960s the main A9 North.). 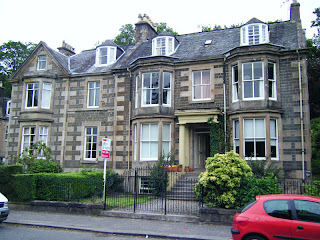 That level still exist beneath a metal plate in the garden of Mineral House, the villa in the picture. Permission is not now granted, but I know people who have been inside and explored the entire system.
Mining finally ended in the early 1800s, but thats not the end of the story. The laird noticed that the locals had taken to gathering at the drainage outfall and drinking the water. Sensing a commercial opportunity, he had samples sent to London for analysis. The report which came back was highly favourable (Quelle surprise !). The water was apparently the most “efficacious” ( or, to use the modern term, toxic) ever sampled.
A spa was born ! 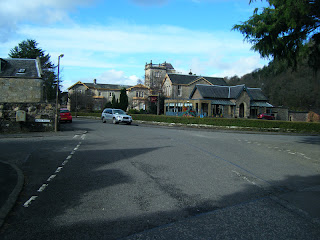 This was the large hotel which was built with the low section in the foreground being the bath house and facilities for “taking the waters”. 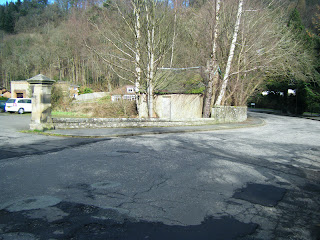 And this was the pump house. The pump, collecting troughs and pipework are still in place over 100 feet down..
Folk came from a' the airts and the precious liquid was bottled and sent to apothecaries all round Britain – kind of like Buckfast.
The coming of the railway accelerated the growth of the village and lots of smaller hotels and boarding houses were built to accommodate the visitors. R.L.Stevenson and his family regularly spent holidays in the village. The boom probably lasted just over 50 years, and Bridge of Allan reverted to being a sleepy commuter town until the coming of the University in the 1960s.
Did you enjoy that ?
Whadya mean “Up to a point, Lord Copper” ?
Shhhsht. 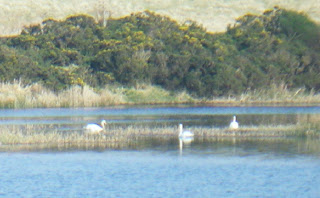 and I told you'bout the swans, that they live in the park 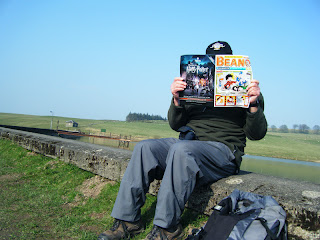 ....occasionally shaking my head, exhaling, and muttering "Christ, that was close" as the realisation sinks in of just how close the night of 14th February came to being a Valentines Day Massacree.
Doctors say at least 6 months, but why should we believe what a crowd of retired medical students think ! I had great plans for February March and April too - even bought a new tent.!
Ah well.

"In my opinion there is nothing in this world...

I certainly thought that way in the summer of '63

A good day today and starting to breathe again. Might even   get back to the hils after all - eventually.
Posted by Oldmortality at 19:11 6 comments: 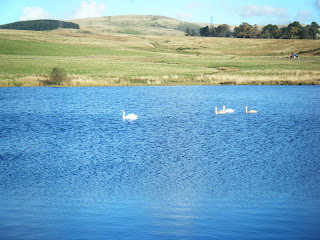 Last time we had one of our little chats, I believe, I was trying to cut through the cornice at the top of Central Gully on Ben Lui.
No ?
Aaah right.
Little 27 year time slip there – must be the codeine.
It's all coming back now. After a pretty shitty end to 2011, I had started off January with high hopes, and was going well with daily walks building up to a good day topping out Myreton Hill.
Then, once more, I was faxxed by the fickle finger of fate.
I lost a month. Bastard.
Today I made it up to the Coop and back with several stops.
“Aw naw,” I hear you say “That means we're in for more anti-photographs of the University campus and these fuckin' swans on the reservoir.”
'Fraid so.This must be the sixth time in 2 years that I've started the "fitness" programme. Still.............