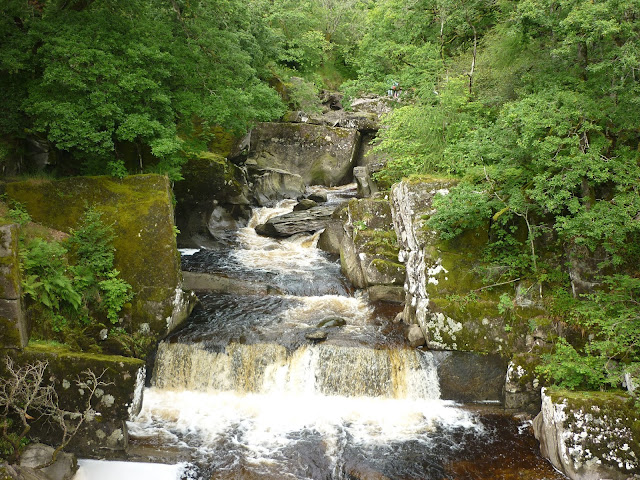 Yes, for a limited period only, it’s “Blog one – get one free”


(Terms and conditions apply. Remember, hillwalking can go down as well as up. By reading this blog your house may be at risk.)


In an attempt to further increase the popularity of this blog, I am including details of two (not one – TWO ! Count them.) recent  walks, or bimbles, if I may borrow a mot juste from the lexicon of Professor Sloman.


First up, we have a wee wander up to the Bracklin Falls at Callander.


Callander is an unlikely conglomeration of chip shops, ice cream parlours, and shops selling tartanoiserie, which owes its popularity to its position a mere charabanc  excursion distance from the great city of Glasgow. Its situation at the edge of the Highland Boundary Fault (OK, I’ve already done all the culpability jokes on this),  allows the day-trippers to admire the glory of the Dalradian metamorphics without exposing themselves to the risk of altitude sickness.
Now, you can drive up the hill to the tourist car park- if you’re a wimp. However, regular readers know that I am made of stuff sterner than a German magazine, so I walked up. This went well – nothing spectacular, but quietly pleasing.
From the car park the path contours round the hill and then drops into the gorge at the falls. 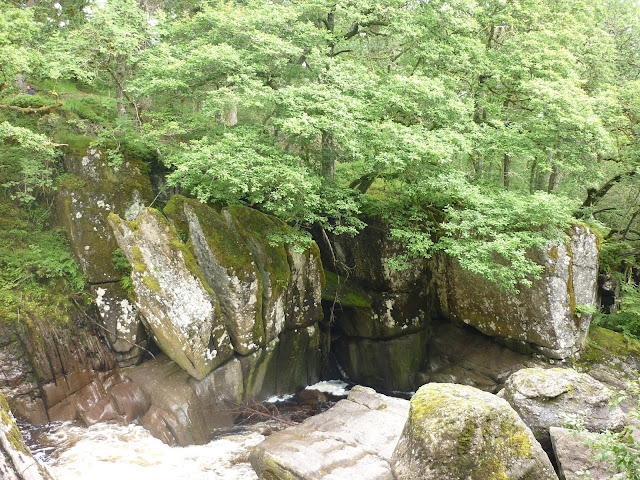 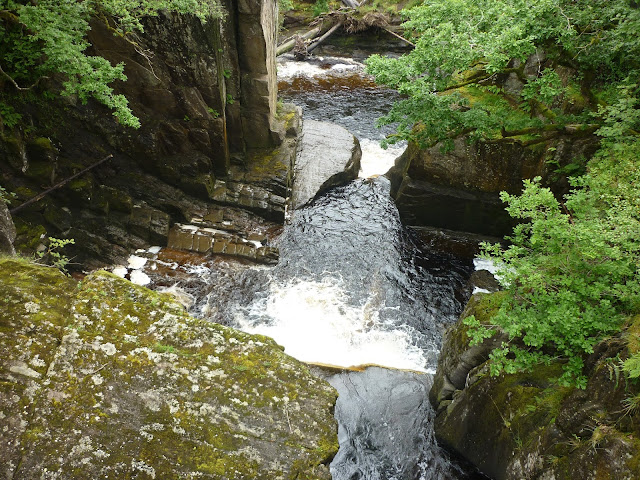 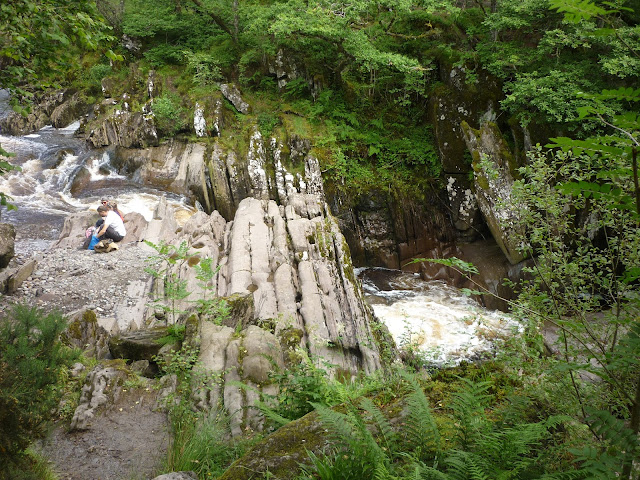 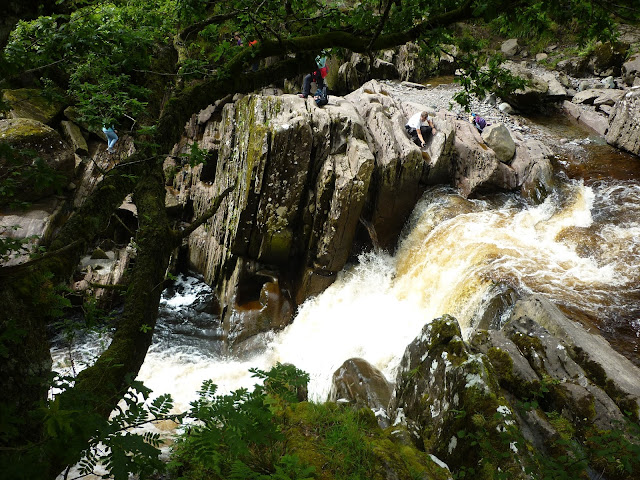 Some vertical bedding which may be of interest to those of you who sleep standing up. 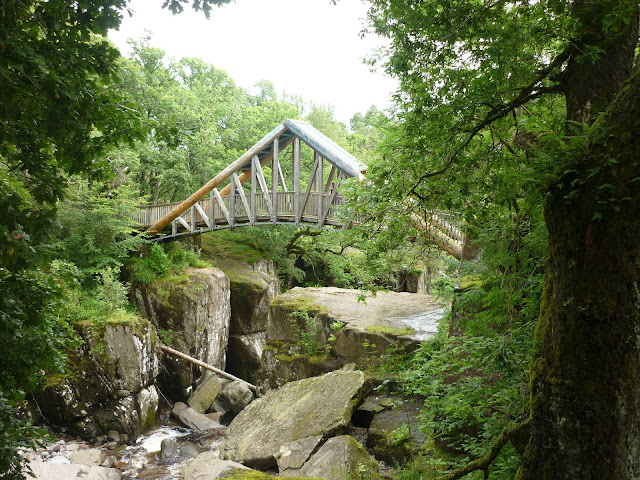 The original bridge was swept away some years ago and replaced by this award-winning structure. 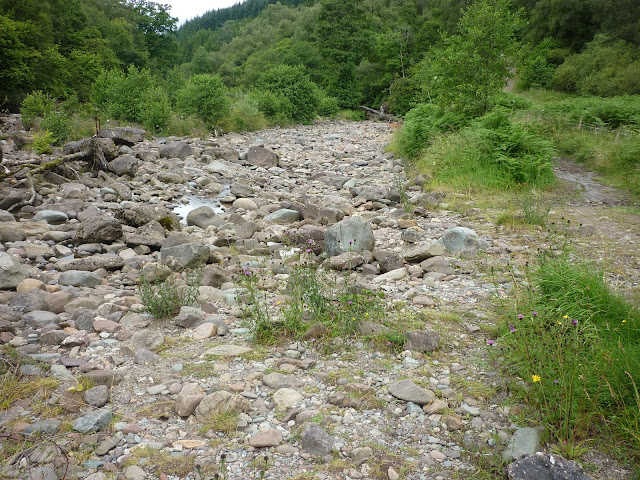 Heading up the gorge


At the top of the gorge I crossed over and returned down the farm road. I was looking out for the unsigned path off the road which led to this. 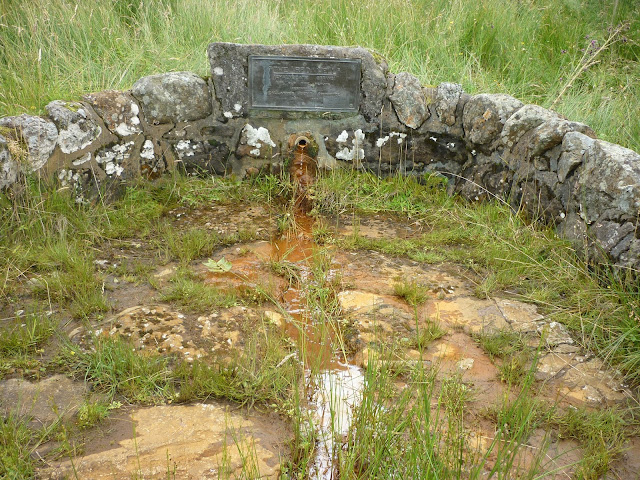 One of many Red Wells or chalybeate springs where people used to come to drink iron oxide infused water long before Barrs invented our other national drink. Still trickling, to prove that, as Neil Young claimed, Rust Never Sleeps. 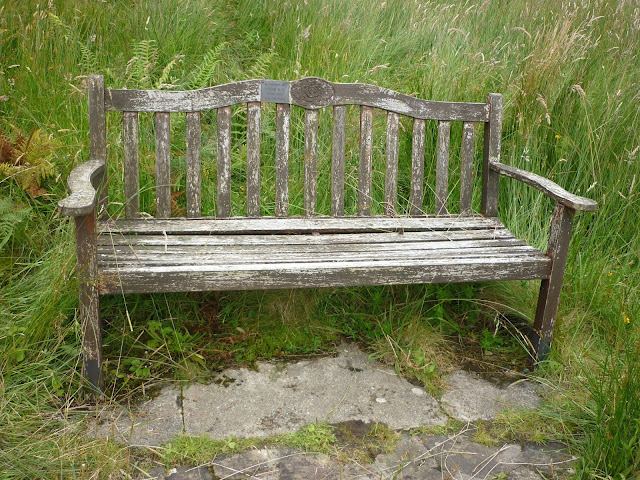 This bench, next to the well, commemorates the founder of Callander’s  leading Scots-Italian families. For years they had the legendary Ben Ledi chip shop.

Part The Second was a little spin up Myreton Hill.

But you don’t do hills. OM

Well, I do. But verrrry slowly. 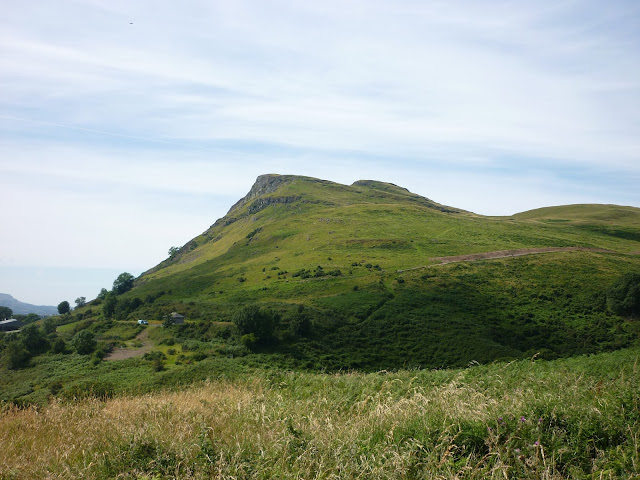 I had already summited Myreton Hill as part of my compleation of the WhaMs. (Wee hills above Menstrie) so this time I was not heading for the top, but following the old pony track to the calcite mine. 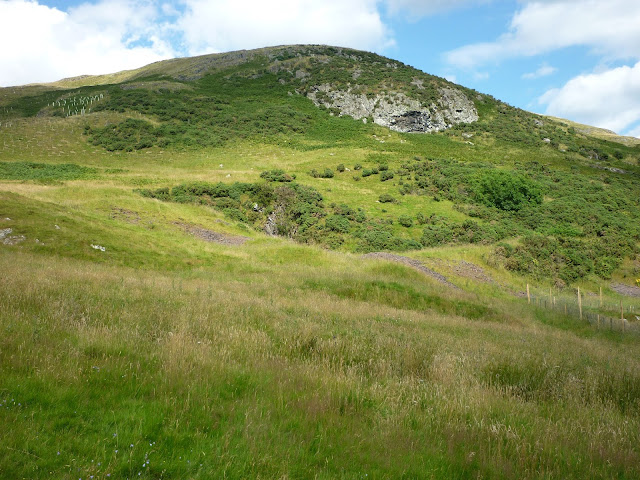 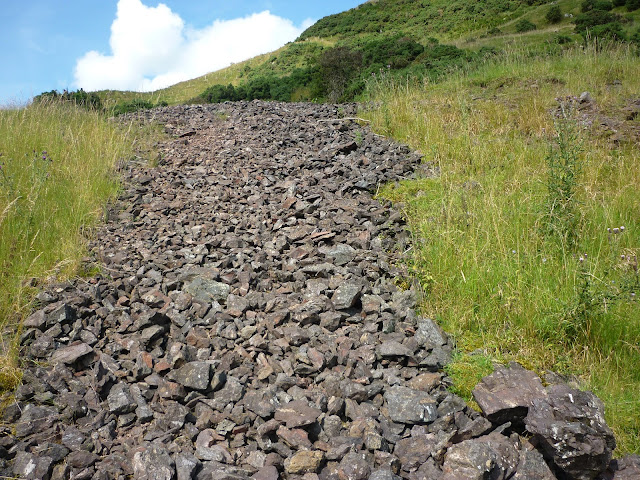 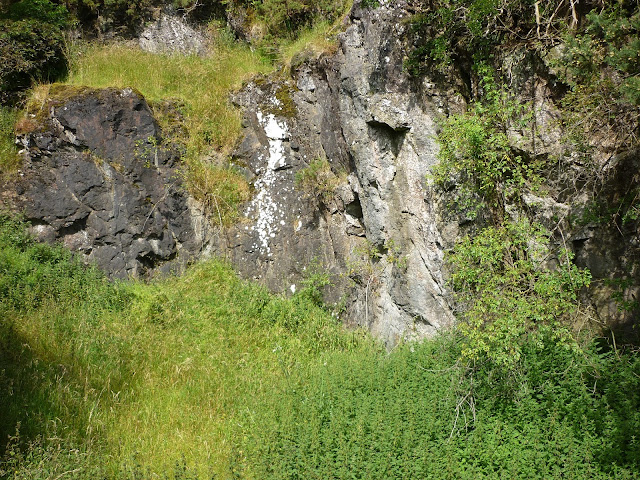 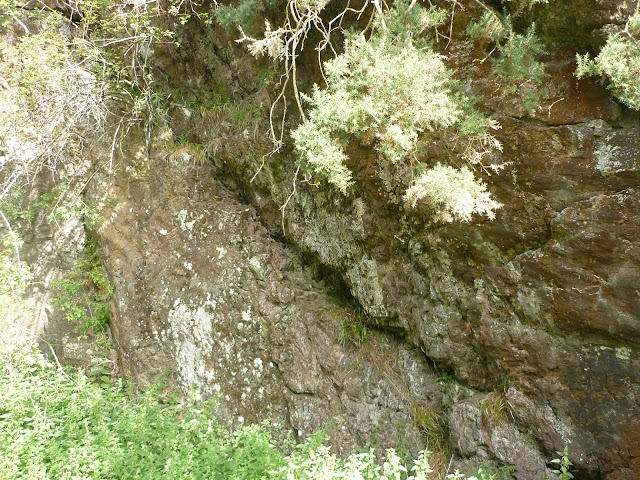 No one seems to know why anyone tried to mine a relatively common mineral such as calcite in such a remote location. It certainly didn’t seem to be a success, and only a small quarry and an adit blocked by a large gorse bush remain.

Good walk, though – stretched the legs, expanded the lungs and worked what is left of the heart. Onward and upward !!

Poor quality clip ,  obviously taken on someone’s phone, but worth it for a classic song by one of my favourite ladies.
Posted by Oldmortality at 20:46