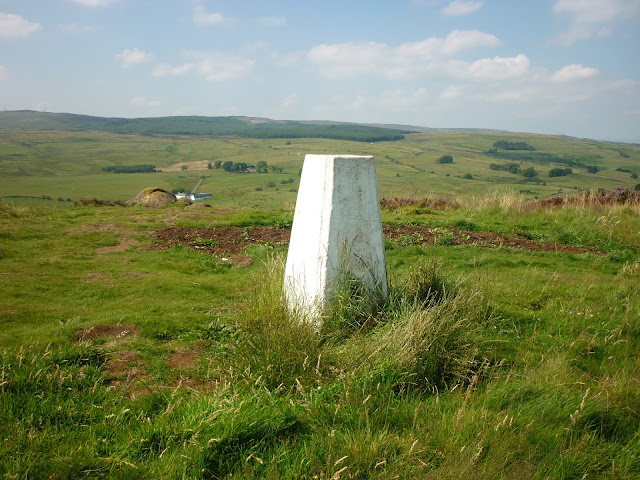 Well, not on this blog anyway.


It being that time of year again, I resolved to road-test my birthday socks with a traverse of Sauchie Craigs. This year’s bad boys are ultra high-tech, featuring wifi, satnav and differential cushioning. They also are designated “right” and “left”, something I naturally only discovered after putting them on – on the wrong feet. 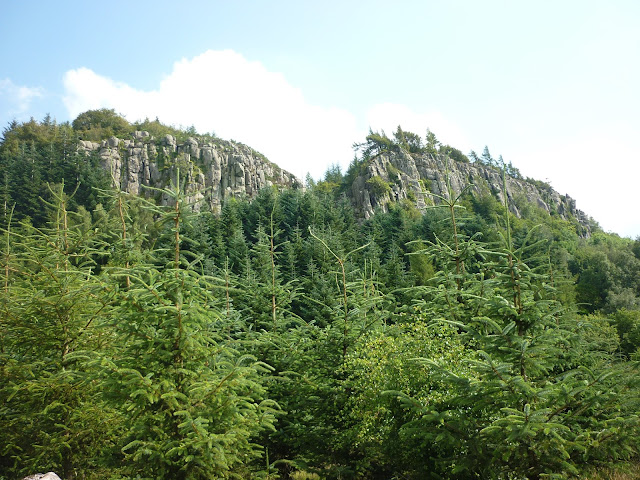 The trek up to the foot of the Craigs from the nearest bus stop is a long , steep, tarmac slog, so I was delighted to scrounge a lift for part of the way. 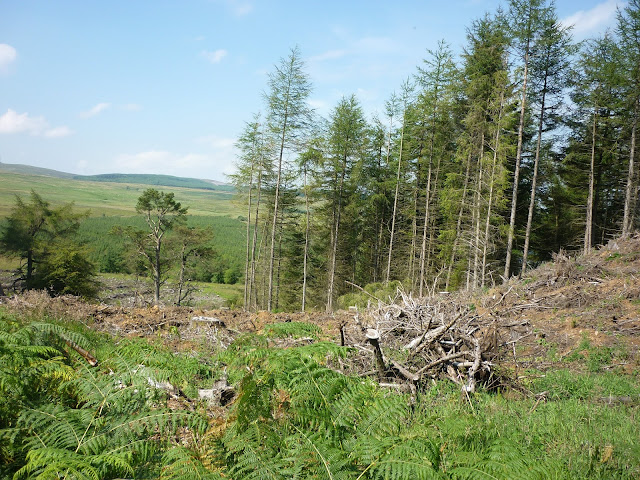 As elsewhere in Scotland, the post-war timber planting is now being harvested. I find it quite spooky, and often disorientating, when a familiar patch of forestry is suddenly transformed into one of these “Hiroshima” landscapes.

Sauchie Craigs are at the western end of the line of basaltic intrusions which cross the Forth valley at Stirling and include the Abbey Craig (WallaceMonument) and the Castle Hill. Whereas the others are typically plugs, with the crag and tail configuration, this is more of a continuous sill.


I’m very slow on hills these days, so it took me a stupid amount of time to get onto the top of the escarpment, but, hey, I had nothing else in my diary for the day, and it doesn’t get dark until 10 o’clock, so suck it up. 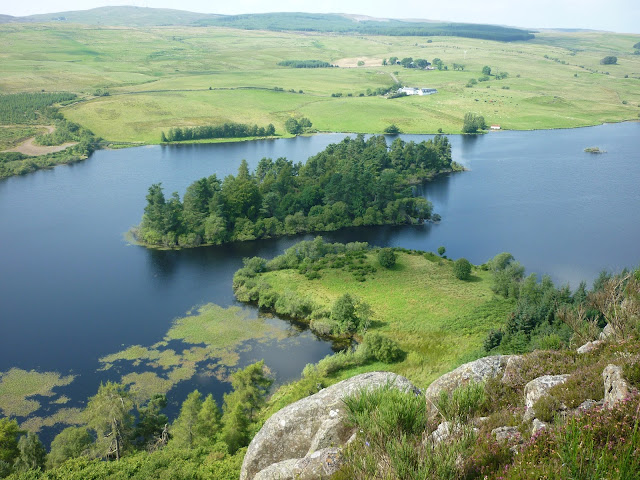 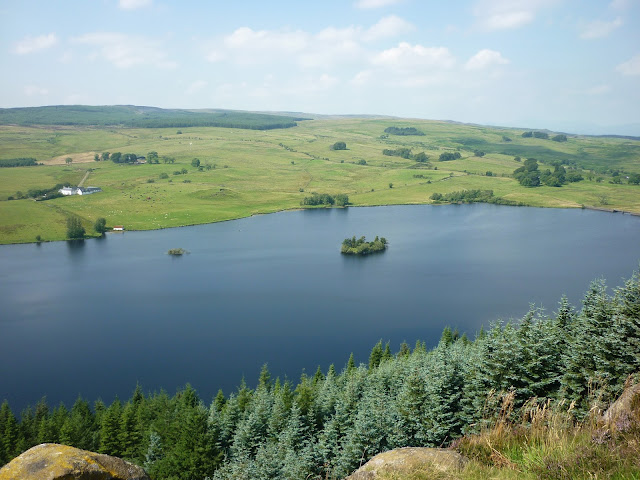 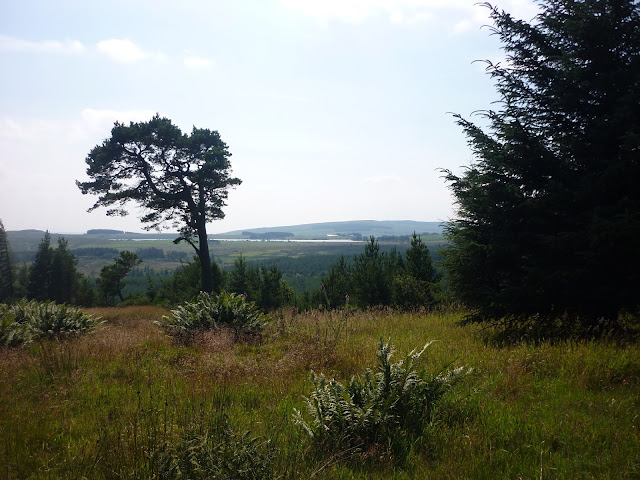 That’s Carron Valley in the distance. It was a relatively sunny day, and I had hoped for good views, particularly north to the Highland Fault, but instead there was an annoying haze (“all in my head”). 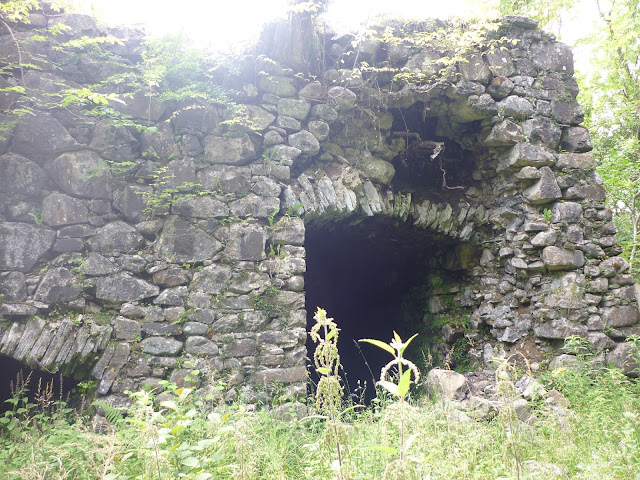 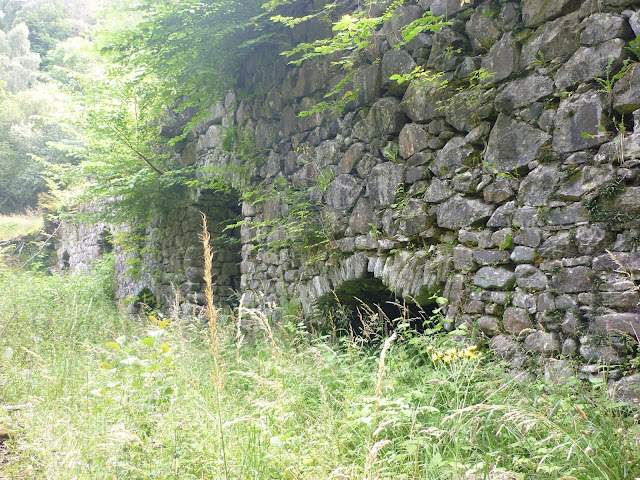 The Craigend lime kilns. The valley used to be covered in limestone, deposited when it was an inlet of the sea, then the glacier scraped it all away, except for the patches “protected” by the hard volcanic rock. There was lime burning here from very early days. 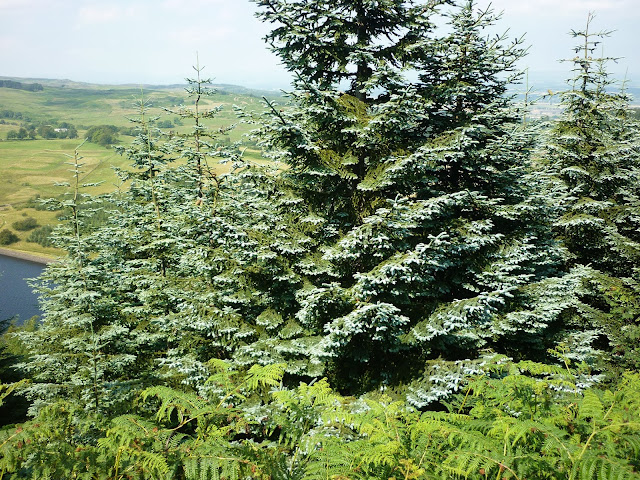 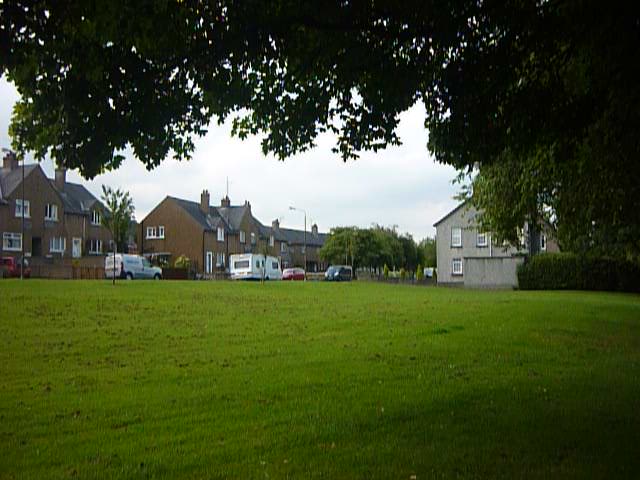 And a return to civilisation at the quaint rural hamlet of St.Ninians.


Better than a poke in the eye with a sharp stick. Indeed.
Posted by Oldmortality at 20:27