A Bronze Age Dwarf and the Wind Farm 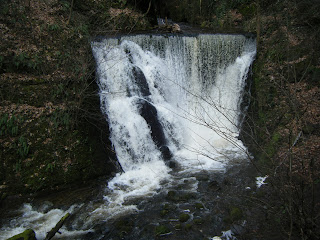 We start today's little jaunt in Alva. Now, I doubt that any one would dispute that Alva is not the poshest of the Hillfoots towns. It is currently home to Clan Haney of whom I will say nothing for legal and personal safety reasons. Readers from outwith the Central Belt can google "Big Mags".
Alva has always been famous for the eponymous glen where the power of water from the burns coming off the Ochils was harnessed to power the mills. 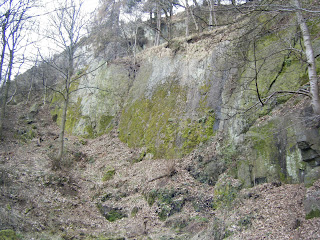 At the entrance to Alva Glen is a quarry with an interesting story. Back in 1913, a workman in the quarry noticed some rocks which seemed to have been arranged by hand. When they were removed, the body of a tiny female was found in a burial position.Subsequent tests showed that the remains had probably been interred during the Bronze Age. (Yeah, yeah, I hear you say. Boring history. If world leaders can't learn from it why should we ?) . Ah but the spooky bit is - 2 days later the workman went pack to the burial site for another look and was killed by a falling boulder!. At least that's what it says on the information board. 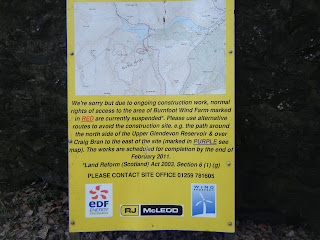 So, up the glen, under the water pipe and onto the traverse through the burnt gorse to Silver Glen

I was surprised to see that the sign was still in position. 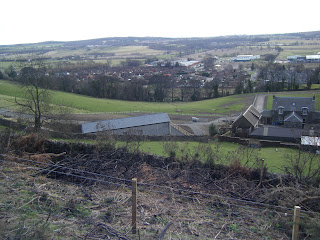 The workers compound had been evacuated and tidied up. 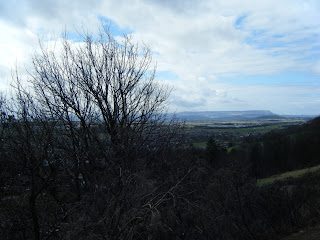 Looking over to the Gargunnock Hills which had been a contender for today's walk. At least I think it's the Gargunnock Hills. My vision has been deteriorating quickly since the New Year. I suppose you have to be stoical about these little difficulties as you get older. It's only Nature's way of telling you to fuck off and die. 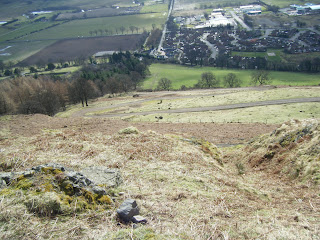 The path brings you out onto the wind farm access road which zig-zags up into the glen. I must admit that it provided such easy walking to where I wanted to go that I scabbed. Don't tell AS. 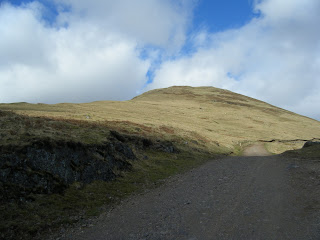 Here was today's target, The Nebit, from the convenient lunch time boulder.
"So you just ran straight up from there ?"
Ah, Grasshopper, you are young. The plan for today was to walk round to the back(north) side of the hill, and surprise it from behind. This is known as the Barrymore Manoeuvre. 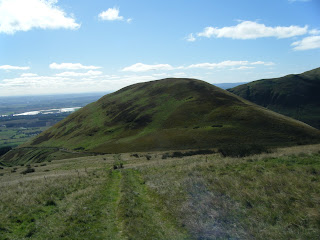 The Nebit, seen here from Ben Ever, is a neat little whaleback lying between Alva and Silver Glens 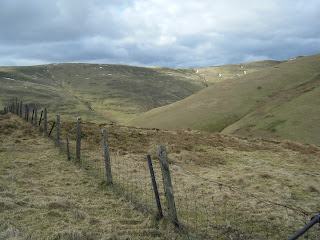 On , then , up the track to the shiny new gate at the sheep pens where the path for Ben Ever, Ben Cleugh and points west goes off to the right. I followed a barely discernible path to the left up onto the ridge and then straight on to the top. 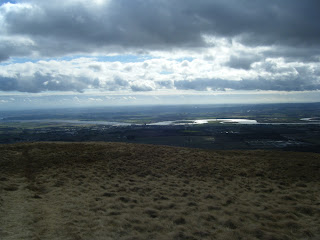 Far too windy for anything other than a quick fotie, and then straight over and down the southern ridge, marked on the map as The Gowles 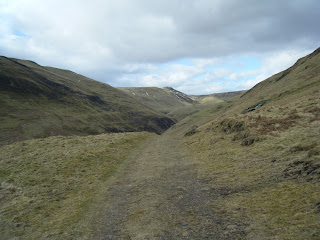 Alva Glen
Another fine day, if a bit breezy on top. If you are ever in Central Scotland with a couple of hours to spare, I would recommend this wee hill. Not as busy as Dumyat.  About 4 miles and 1400 ft ascent.