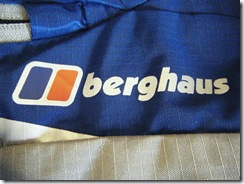 Previous posts on this blog may have given the impression that I am morally, ethically and implacably opposed to the idea of bloggers doing reviews/plugs for items of outdoor equipment (henceforth referred to as gear) in return for cash or freebies.

Nothing could be further from the truth.

Except for Boris Johnson's explanations to his wife for being late home. Obviously.

In the mistaken belief that my organ is a thing of influence in the outdoor world, I have been inundated (inundated, I tell you) with requests to puff stuff on this blog. I have wavered. One guy was going to pay me £25 just to post a link to a website. I thought about it, but it just seemed a bit shitty, so I made my excuses and left

However, these marketing people are nothing if not tenacious, and, in particular, these lovely people at Berghaus, who ( through their marketing company) have been very active in the blogosphere recently. I may have previously used the (affectionate) term “carpet bombing” to describe their campaign. Now, when approached by potential suitors, my first response is “Have you actually read the blog ?” This usually burns off most of them. However the Irish fellow working for Berghaus was made of sterner stuff, and, putting his job on the line, said that they were prepared to take the risk

Still, I remained unconvinced. My moral compass was birling like F. Scott Fitzgerald in his grave. Then they wheeled out the big guns. Who could resist a tearful late night phone call from Sir Chris Bonington? It made continued refusal seem unpatriotic

So, what are my background perceptions of Berghaus ? Well, they're British despite a Germanic sounding name – a bit like our own dear royal family, in fact. They've been around for a relatively long time during which I have owned and been satisfied with several of their products. I currently own a navy  fleece which is a bit of a classic ( the outdoor equivalent of The Little Black Dress !) and a pair of Deluge overtrousers which I bought (as in paid for !) because of the breathtakingly innovative idea of producing trousers in different leg lengths. I see Berghaus as a Volvo – reliable middle-class, stylish but not trendy, well made but reasonably priced. So that should have really pissed off their design department who think they have a cutting-edge down-with-the-kids image.

Now, having taken the plunge, I shall be giving this project my all.

I shall be testing The Product to destruction on the mean streets and paths of Central Scotland and providing a detailed evaluation on intrinsic, extrinsic, and subjective levels.

As an appetite whetter, I took it out yesterday for 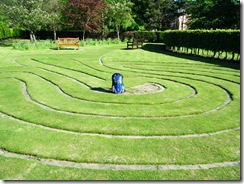 Lab testing (It's a labyrinth FFS ! Do I have to explain them all ?) 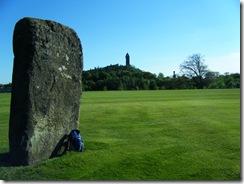 And an assessment of it's place in the history of the Universe and The Great Chain of Being. 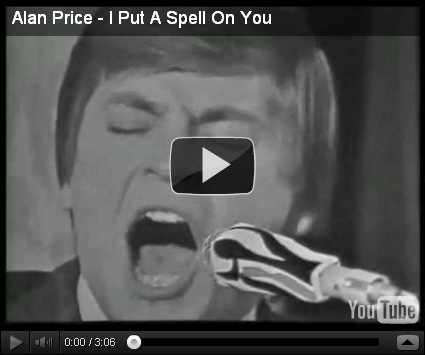