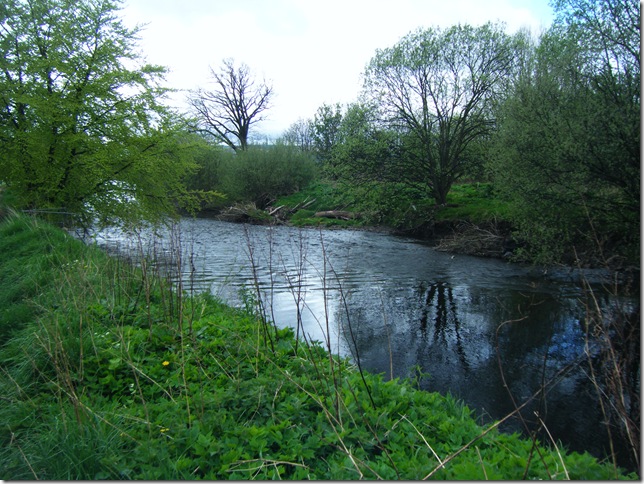 Now I wouldn’t want you to get the impression that these days my walking takes place exclusively in exotic locations like Gargunnock. Oh no.

Sometime I just wander into town to pick up some marked-down vegetables, as recommended by the admirable  Ilona.

And so it was today, a dull,cold windy one as most have been this year, that I set off to Stirling along the river. Now, I may have blogged about this route before, but I’m right intae yon re-cycling, me. 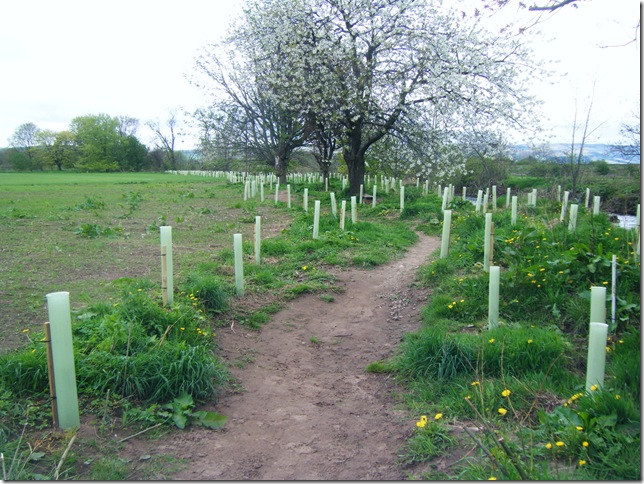 The path round the back of the allotments was badly eroded last winter, and The Koonsil originally pleaded hard-up, but after sustained pressure they “found” some money to do repairs and upgrading. 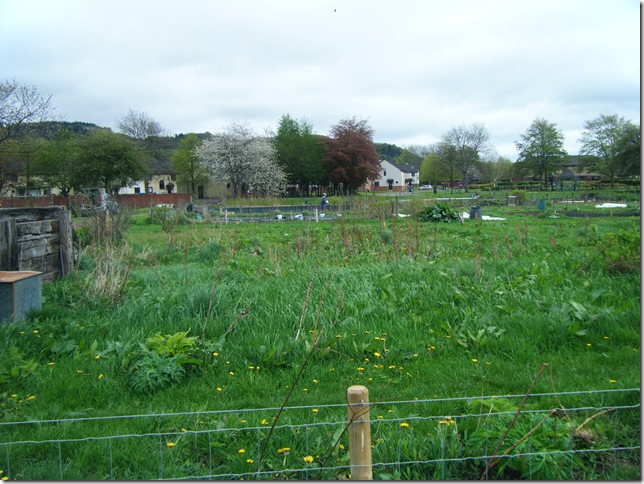 Unfortunately, some of the allotments nearest the river seemed to have been lost, and the dreaded Giant Hogweed seems to have got a foothold. Bad News. 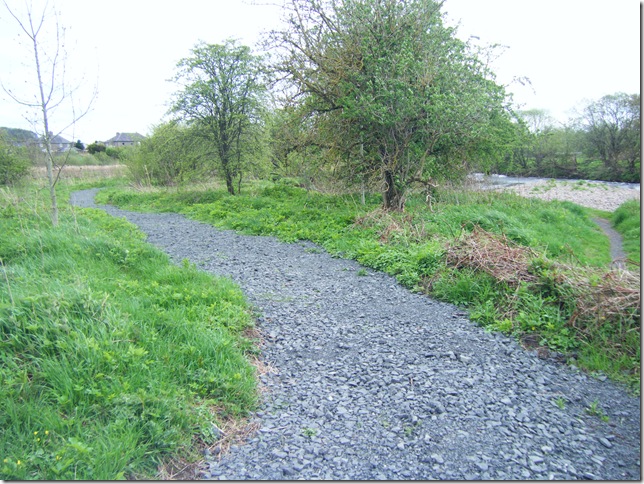 This section was constructed by miscreants on the Community Payback scheme.Sorry, I can’t help thinking of Cool Hand Luke. 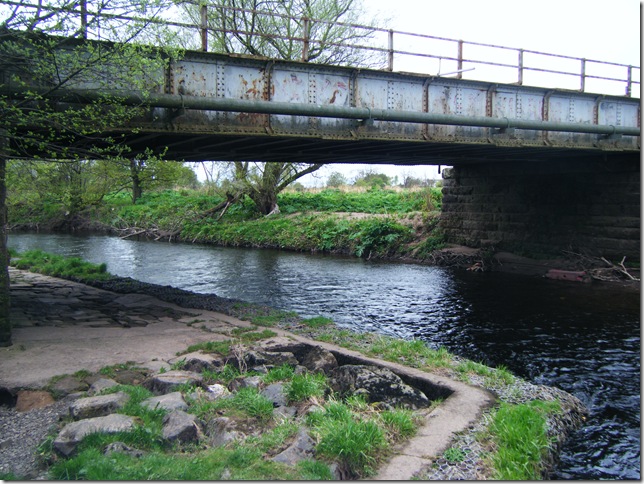 The Glasgow/Edinburgh to Perth railway. One summers morning about 55 years ago my pals came round to see if I wanted to go swimming. I had arranged to play football that day, so turned them down.We were having our tea when somebody came to  the door to say Dougie Watson had drowned. Every time I pass here, I think about him and wonder what he would have made of life. 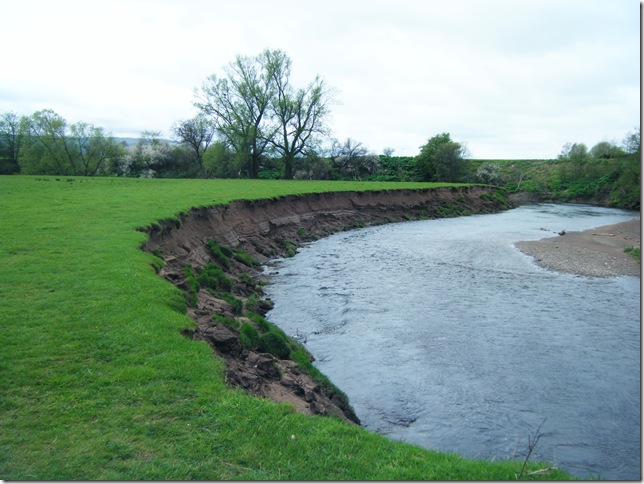 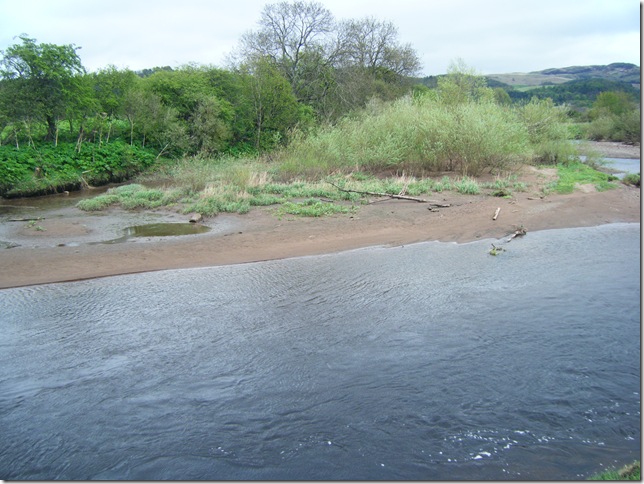 “In Allan Water,near by where it falls into the Forth, we found a little sandy islet, overgrown with with burdock, butterbur and the like low plants that would just cover us as we lay flat.Here it was we made our camp. As soon as the dusk began to fall, we waded ashore and struck for the Bridge of Stirling, keeping to the fields and under the field fences” 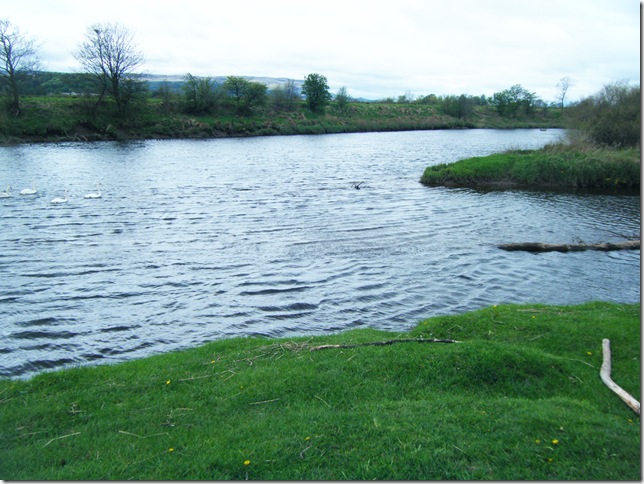 Where the Allan Water joins the Forth. The Forth is still tidal at this point. 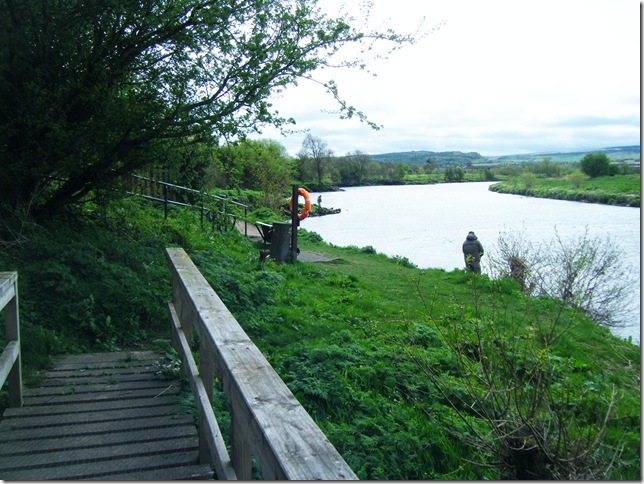 The Prison Steps. The prison is Cornton Vale, Scotland’s only womens prison.There are some nasty characters in here, but most are just feckless wee lassies who put too much trust in even more feckless men. 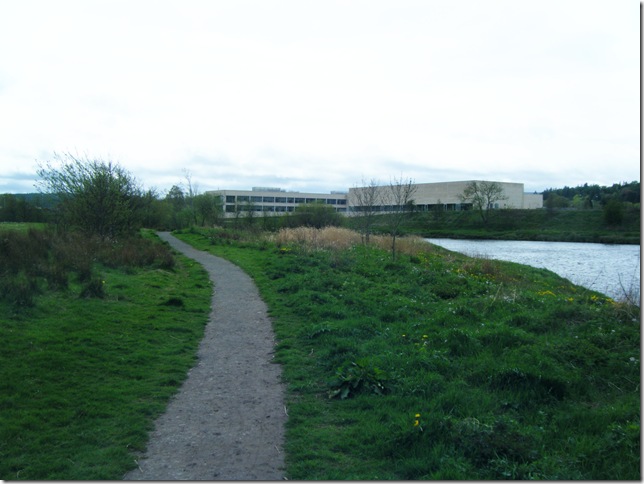 The new technical college, built with Wonga type PFI funding on the site of the former Kildean Auction Market. This used to be the lowest ford on the Forth before the first bridge was built at Stirling, but I reckon that before the flood prevention banks were built the river was much wider and shallower. 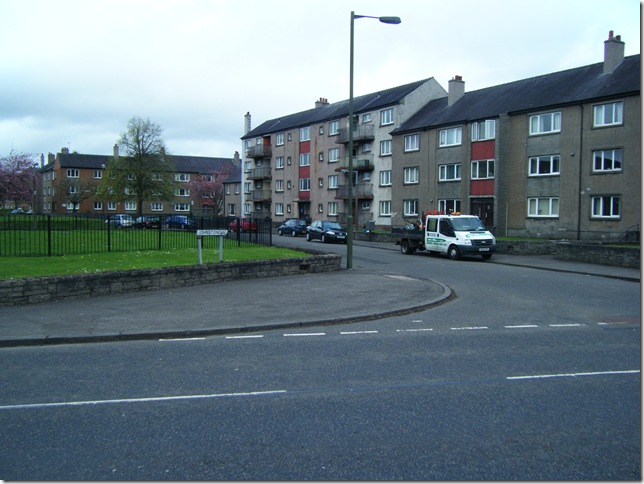 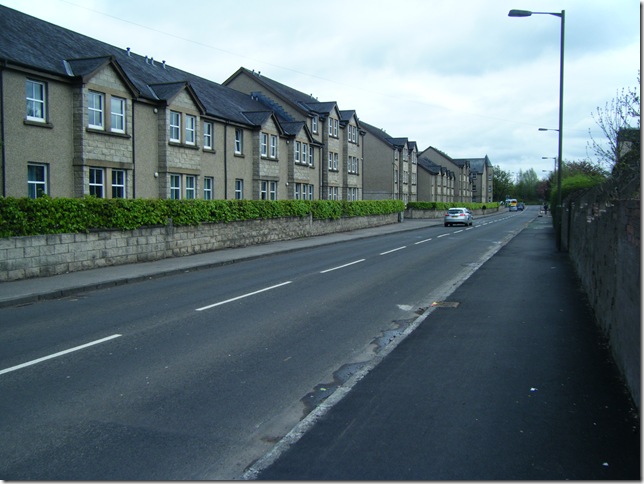 Student flats, formerly the rubber works. Older readers may have used some of their products 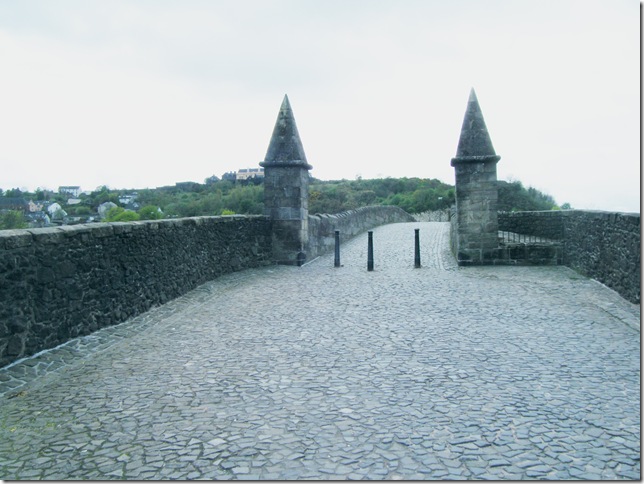 “The bridge is close under the castle hill, an old, high, narrow bridge with pinnacles along the parapet” 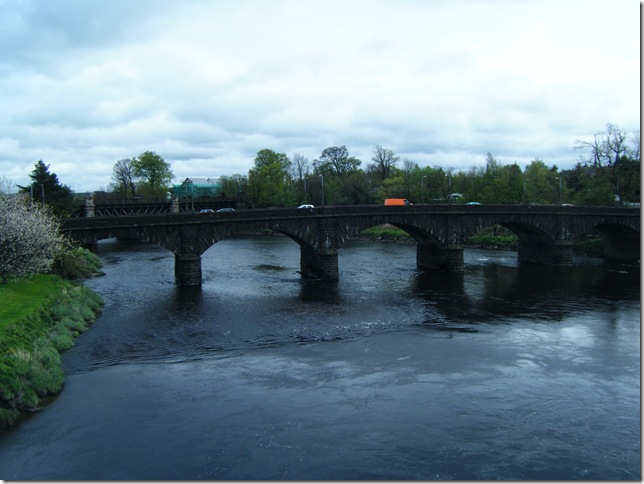 The Stevenson Bridge, built by a relative of RLS.

And so to Tesco

And to think, we would have missed all that if I had ordered my stuff online !

Maybe we’ll get a summer sometime.. 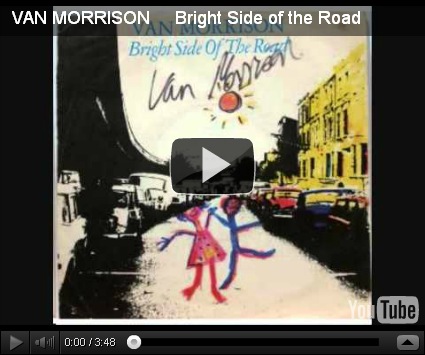