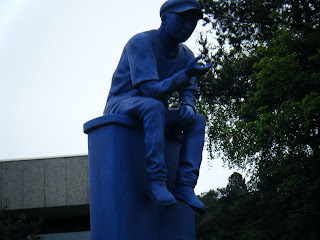 What is the connection between a rather twee little village in Stirlingshire and the ill-fated space shuttle Challenger ?
Here's a clue
It's not Rocket Science.


In fact it's Oceanography and the link is Sir John Murray.


Murray was born in Canada, but moved to Bridge of Allan as a boy , to be raised by his grandfather. John McFarlane. 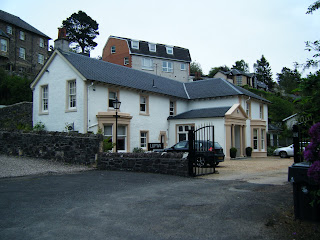 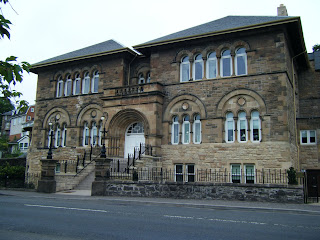 After a couple of previous homes proved inadequate, the imposing Museum Hall (now flats) was built to house the collection. 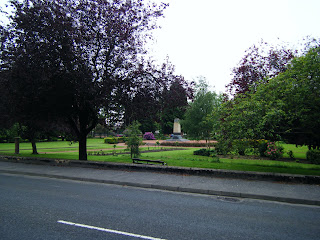 Across the road from the Museum Hall is the Memorial Park, gifted to the burgh by the Pullar family, of whom more later.

Grandson John Murray was educated at the High School of Stirling, where some of the greatest thinkers of their respective generations were educated up until the mid 1960s. He then went on to Edinburgh University where he was a contemporary of R.L. Stevenson and the pair of proto-hippies drifted from faculty to faculty and left without degrees.
He had, however, picked up enough to become the curator of his grandfathers collection, which grew in size and repute.
When Professor Wyville Thomson managed to persuade the government to fund an oceanic survey using the rather decrepit HMS Challenger, he asked Murray to join the team as naturalist.The four year voyage which followed was as significant in its own way as the voyage of the Beagle.The ship crisscrossed the oceans of the world, taking soundings and dredging samples.At this time, the ocean floors were as unexplored as the moon. The "headline" discoveries were the mid-oceanic ridges and troughs, discoveries which are behind much of the modern thinking on tectonic plates and continental drift.
Wyville Thomson died soon after their return, and Murray undertook the massive of task of analysing and writing up the findings.Such was the significance of these discoveries  at the time, he became an international scientific celebrity.

He then turned his attention to setting up Scotland's first marine research laboratory and, almost as a hobby, began a project to survey the depth of all the Scottish Lochs. 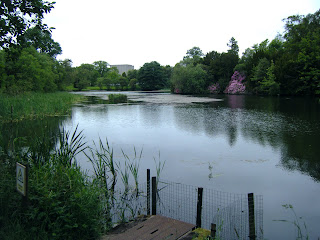 In his days at Bridge of Allan, Murray had become friendly with Laurence Pullar, scion of the family who owned the village bleaching and dyeing works at Keirfield. Laurence was in the tradition of gentleman naturalists.When Murray began the bathymetric study of the Scottish lochs, Laurence's son Fred Pullar was his assistant , but, in 1901, the young man was tragically drowned in Airthrey Loch (now part of Stirling University) while trying to rescue two young ladies who had fallen through the ice while curling 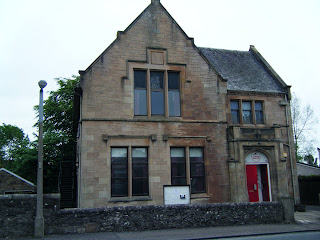 As a memorial to his son, Laurence Puller funded the completion of the loch survey, as well as building this social club for the employees of the Keirfield works.The results of the study still form the basis of of the OS mapping of 562 Scottish lochs

When Sir John Murray died he had received knighthoods from the UK, Prussia and Norway and honorary degrees from Edinburgh , Oxford, Harvard,Oslo and Toronto Universities. His picture has appeared on the stamps of two countries, various medals and scholarships bear his name, and, of course, the Challenger spacecraft was named after his famous voyage,but as far as I am aware, there is nothing to mark his upbringing in Bridge of Allan.