I seem to be on fire,

as Joan of Arc famously remarked.

In my case, and speaking figuratively, I refer to my recent and totally unexpected hill-fitness enhancement.This has risen to levels unprecedented since the golden days of  the Lowther Hills adventure almost two years ago.The intervening period has been filled with a frustrating succession of health incidents and crises, all of which I have borne with the phlegmatic grace and stoicism  for which I am known. (Aye that will be shining …….. A Reader) 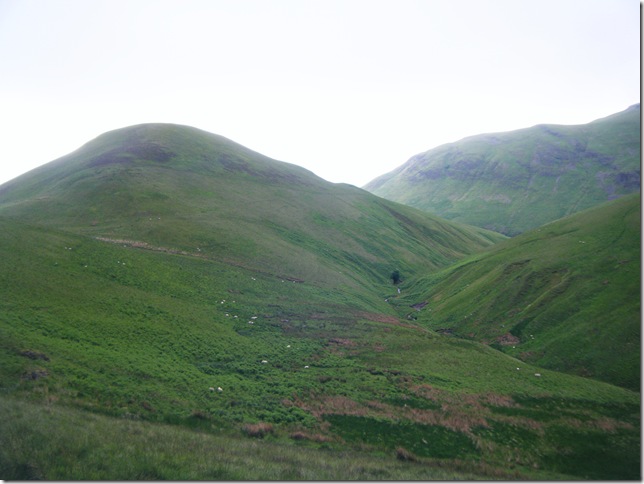 Whatever. It’s been a good week, so I avowed to crack on while the momentum was there, and before it all inevitably assumed the profile of a juicy Williams Bon Chretien.The plan was for a wee recce up Alva Moss via Alva Glen and Silver Glen. The omens were not good. There was a cold stiff breeze, the cloud was well down, and before I had even reached the waterfall in Alva Glen my body was telling me that today was not what we hypochondriacs call a “Good Day” 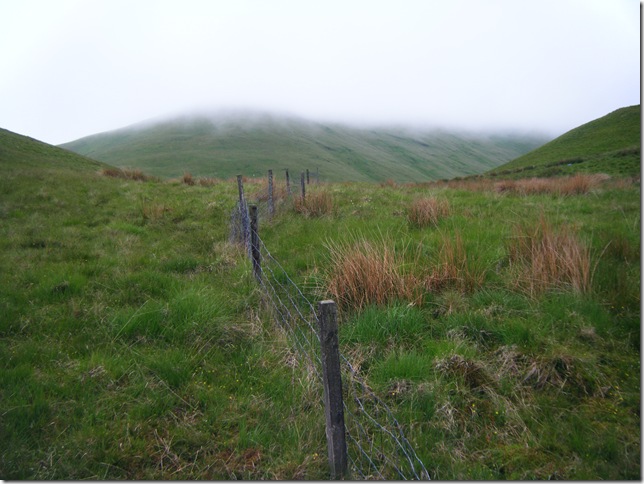 A lesser blogger  might have packed it in, gone home and spent the afternoon crying in his room before being coaxed down for his tea.But yours truly, as you are aware,  dear reader,  is made of sterner stuff. I fact my stuff is so stern that they use it to make the back end of boats. In the spirit of One Small Step, I resolved to just keep plugging away slowly, perhaps 50 yards at a time, and keep going until 2pm or I fell down.

As I left Alva Glen for the now gorse -free traverse to Silver Glen, I heard a noise as if someone was banging two pieces of wood together. Looking over the dyke, I saw this pair of tups. One had obviously spilled the others pint, and the group on the right are saying “Leave it Kevin. He’s not worth it” 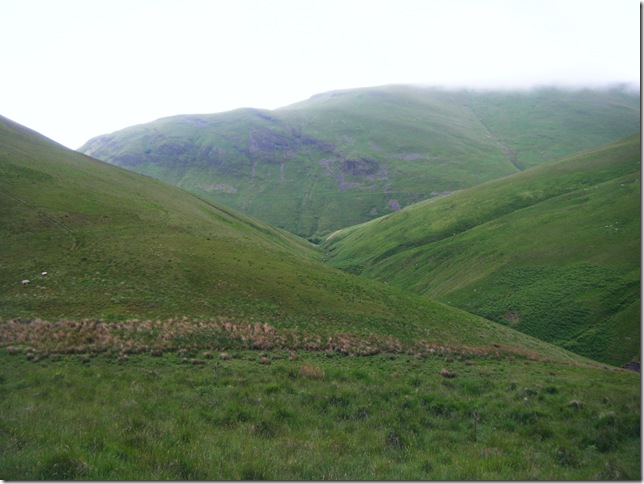 As I trudged on up the glen, passing each little interim target, the wind freshened, the cloud came down, and I started feeling better. Way before the cut-off point of 2pm I reached the watershed at the top of the pass. 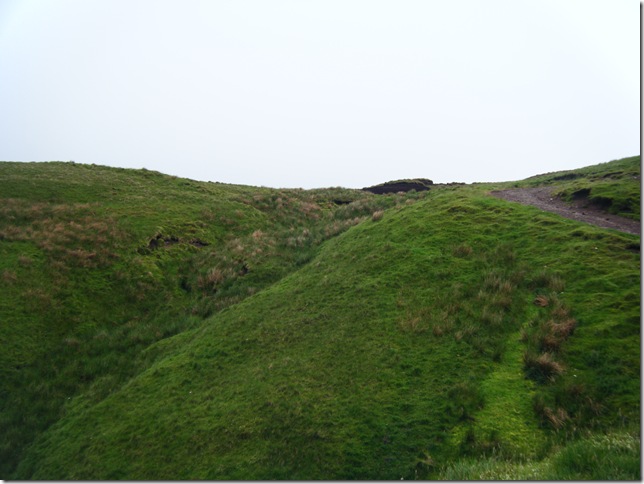 A recce was out of the question,! Good day,though. 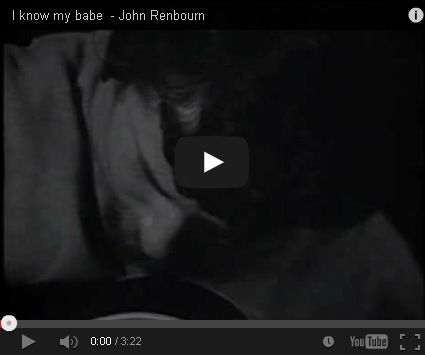